The Day I Photographed Saxon Shore and Not Onelinedrawing 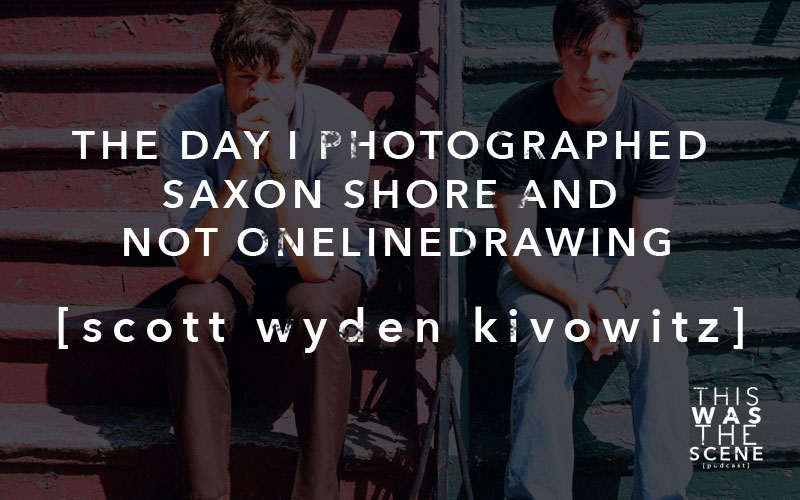 “So when I got home, I threw away my Onelinedrawing records.”

Saxon Shore is a band based out of Philadelphia. They’re an instrumental rock band who started playing in 2001. They now have four members, but I believe only one of which is an original member.

This story is less about Saxon Shore, though. It’s more about Onelinedrawing / Jonah Matranga. If you don’t recognize the name, you might recall Jonah as the frontman to the band Far and New End Original. When playing as Onelinedrawing, he’d often have R2D2 next to him playing some beats and sound effects.

Sometime in 2001 Onelinedrawing had a show at Maxwell’s in Hoboken. I was so excited about the show and a couple of months before it; I emailed Jonah to see about making some press photos for him.

Back then, I called them press photos, but now I call them brand photos. I feel like every band needs brand photos because bands are brands. If you are trying to make it in the industry, you need photos that tell your story and show who you are, authentically. But I digress.

I wish I had this email thread because Jonah and I went back for fourth for so long. We talked about music a bit and then planned the photo session. We’d meet outside of Maxwell’s as soon as he arrived in Hoboken. Way before he had to be inside for his soundcheck. We would walk around the city and find fun places to use as backgrounds. We’d do a bunch of candids and posed photos.

So I got to Hoboken real early in anticipation for the show. Now, keep in mind that in 2001, there wasn’t such a thing as a smartphone. Heck, the iPhone didn’t come out until 2007. So I had to wait there, looking for him to walk up so I can introduce myself in person and we can start the session.

Eventually just as soundcheck began, I noticed him walking up hours after he should have arrived. So likely he had been in town all day and was hanging out doing his thing not worrying about the photo session we talked about for a while.

Yes, I spent the bulk of the day walking around the block over and over. This is what I had to do as a photography student trying to build a portfolio. I had to go out of my way, charge nothing, and potentially be ghosted.

It turns out I was indeed ghosted. When Jonah walked up, I introduced myself, and he said something along the lines of doing a soundcheck or using the bathroom. I don’t recall exactly what his words were. But he said he would be right back. So I waited right where he left me. He never returned.

I was pissed as you might imagine. I wasted my day and now did not even want to stay for the show because I lost all respect for the musician.

So I sat down outside of Maxwell’s looking all depressed. Until another walked up. Now, this was so long ago, so I don’t remember if I approached them or if they approached me, but somehow we connected. The band was Saxon Shore, who at the time I never heard of and never heard their music.

We got on the topic of photography, went to get some drinks and spent the rest of the time before they had to go on stage photographing photos for them.

We had an enjoyable time and turns out their music was insanely good, so the day ended well.

Before I wrap this up, I had to mention one last thing that happened, which put a nail in the coffin of my love for Onelinedrawing’s music. When Jonah walked by me again, later that night, he pretended like he didn’t know who I was, like we haven’t talked for months, or that he ditched our photo session only a couple of hours before.

So when I got home, I threw away my Onelinedrawing records.

Life is too short to hold a grudge, so I’m over it and now listen to Onelinedrawing and Jonah’s music again. In a way, it was a good experience of being ghosted by someone who made music I loved. In a way, it paved my future and helped me build new relationships. It also helped me stay true to my values, and to promise myself never to do that to anyone in my life personally or in business.

I also still follow the music that Matt and Josh from Saxon Shore create.

In talking with Mike Doyle about what stories I can share, this came to mind, even though it happened right after the 90s. But I dug into my box of old film and slides and scanned some of the photos of Saxon Shore. Looking at them bring back so many memories not only of the experience but of other experiences with playing in bands, touring and photographing bands.

There you go, the story of the day I photographed Saxon Shore and not Onelinedrawing.

If you want to see what I’m up to today, you can find me teaching photographers and photographing families and business people on my photography website, or teaching WordPress and connecting with other photographers at Imagely. 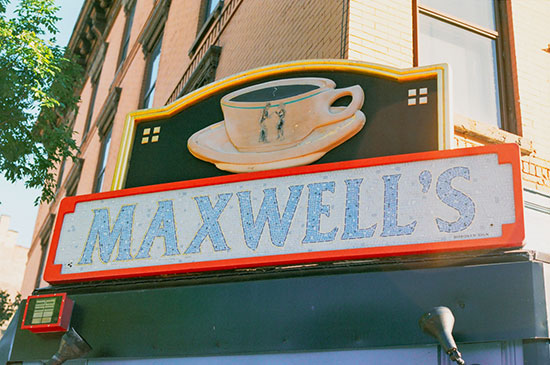 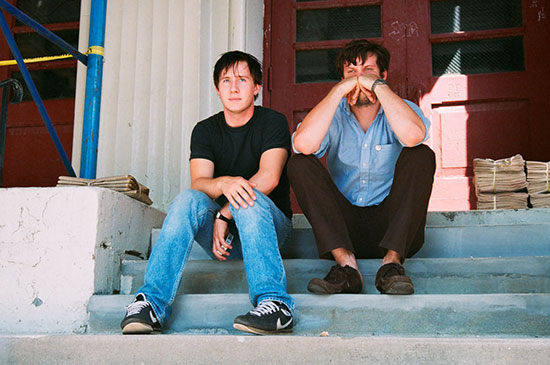 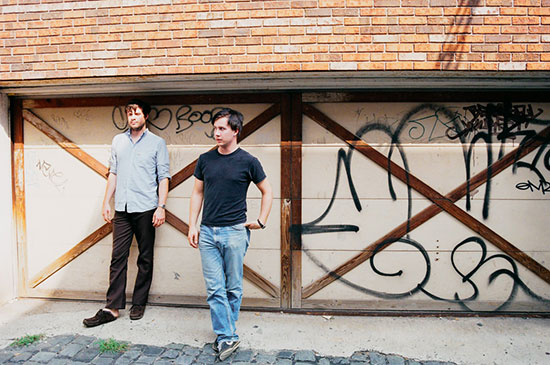 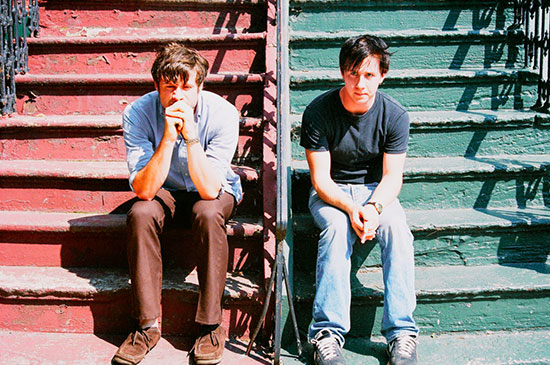