Recording at the Creep House, 1998 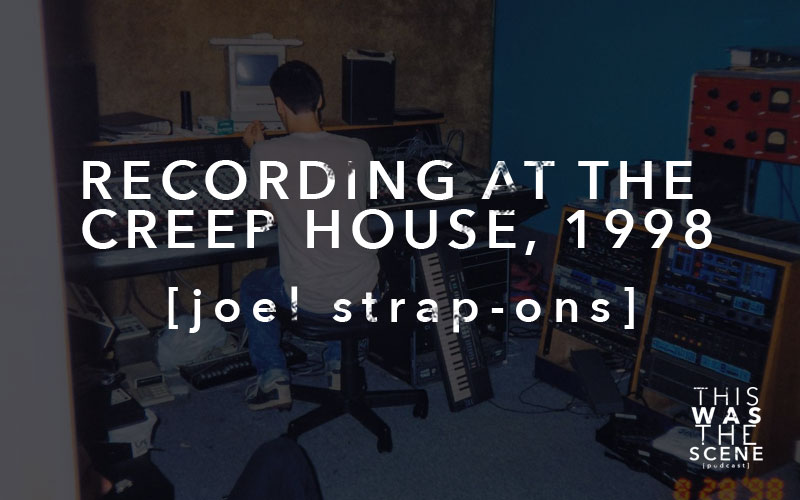 On the verge of high school, I moved from a rural area above Doylestown Pennsylvania to Willow Grove, a suburb north of Philadelphia.  My teenaged world was blown wide open by cable television, pizza delivery, walkability to the mall, and secret trips to the city on SEPTA.  A loner In a new town and feeling the literal and metaphorical distance between me and my old group of friends,  it wasn’t long before I fell in with some affable stoner-skaters who introduced me to the local punk scene. Soon, I was helping bands like Tinkle and Grady load in and out, earnestly talking their ears off and sponging up everything I could learn about the scene and being in a band.

But it was the burgeoning Creep Records empire that really drew me in. With no context as to who they were or their sound, I stood right up front at the North Penn VFW in Jenkintown as the Boils tuned up. They launched into their signature sound of rapid-fire chant-along punk with whiplash tempo changes and hooks for days. The song Victims was instantly tattooed on my brain. They covered the Misfits’ Where Eagles Dare and whipped the cyclonic circle put into a thrashing, sweaty frenzy. As much as I’d loved the local pop-punk bands I’d been going to see, this brand of feverish, urgent punk was my proverbial shit. I upended my wallet and spent every crumpled dollar I had on their Hearts of the Oppressed white vinyl 7 inch and the pink vinyl Dad I Can’t Breathe 12-inch Creep Records comp featuring The Boils, Super Hi-Five, Reject, Jake & The Stiffs, Third Year Freshman and Boy Sets Fire. These became my sonic Bible.

It took a year, but I’d finally form a band of my own. We learned our instruments as we went, booked our own shows and used every dime we earned to buy blank tapes, McDonald’s, and to feed the copy machines at Kinkos for making fliers and J-card inserts for cassettes. Our goals were few and modest. We wanted to play that VFW and our other favorite local spots, and we wanted to be on Creep Records. 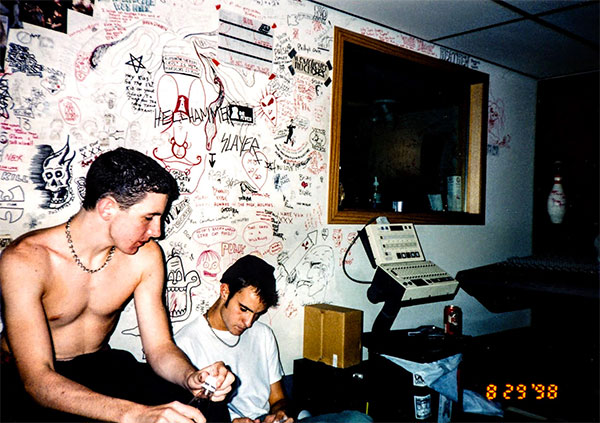 Ben (drums) and Joel ( bass, vocals) in the Control room at the Creep House 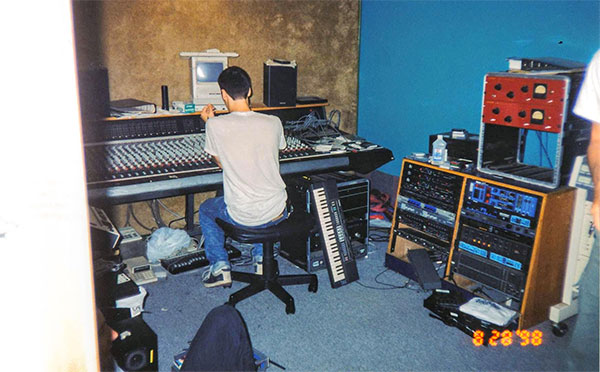 We’d settle for paying-to-play and having Arik Victor and Mike Bardzyk record our 16 track CD over three sweltering August days in 1998 at the venerable Creep House in Downingtown, a 45-minute minivan ride westward on the PA turnpike. They were gracious, patient and encouraging. On breaks, we watched Eddie Murphy’s Delirious, marveled at the footprints on the ceiling from the legendary house shows there, drew on the walls with Sharpies (as was the custom)  and drank the warm Budweisers I’d stolen from the estate where I scrubbed toilets and polished lamps during the summer. (I’d go into the beer vault to “clean” it, load up a cardboard box with cans of beer and booze that I’d carefully pour into emptied-out tonic bottles, chuck the box in the recycling dumpster, then retrieve it as I left the grounds and bike the 4 miles home with the contraband under my arm.) Arik and Mike even let us try to look cool sitting on the muscle car in the driveway in the hope of getting the perfect photo for the back cover of the CD. 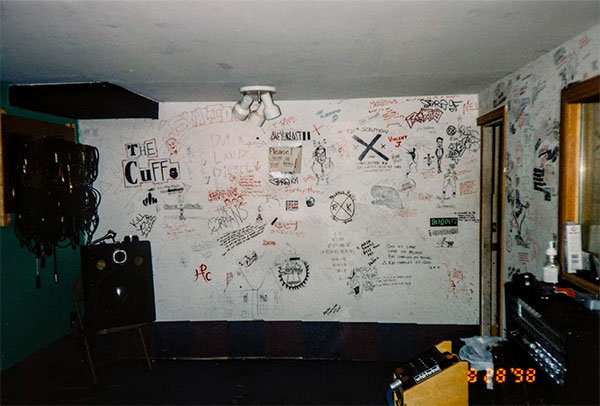 It occurs to me as I write this that those sessions happened 21 years ago almost to the day. That record is now old enough to legally drink those plundered, warm Budweisers. And at nearly 40, you reflect on things, strip away the bullshit you clung to as a younger person, and realize just how formative those teenaged years were. And an experience like preparing to and then recording at Creep and the community that was the duct tape holding my world together back then isn’t a dispensable part of me. It’s load-bearing. 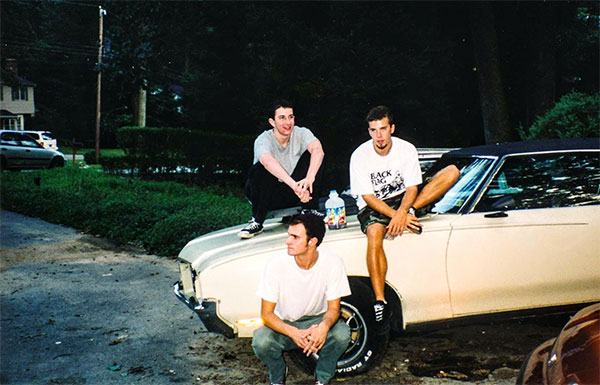