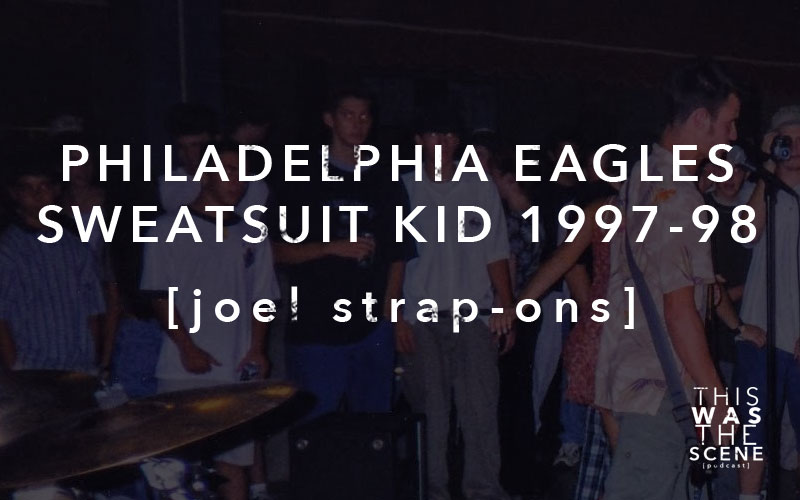 From 1996-2000 I fronted a basement punk band called the Strap-Ons. We played VFWs, American Legion Halls, Fire Halls, Churches, Youth Centers, and Skateparks in the suburbs north of Philadelphia, like you do when you’re in a non-touring, weekender high school punk rock trio.

One of our favorite people was this kid–he was probably 10–who seemed to be at every show, without fail sporting a Philadelphia Eagles sweatsuit. Apparently, this was his official punk show uniform. He’d get right up front in the circle pit and dance his ass off and sing along, giving nary a shit.

We never knew his name, but would always give him a shout out during our set. “Yo, it’s Eagles Kid! That guy is the best!”

So wherever you are, here’s to you, Eagles Grown-Ass Man.  You stole the show every time.