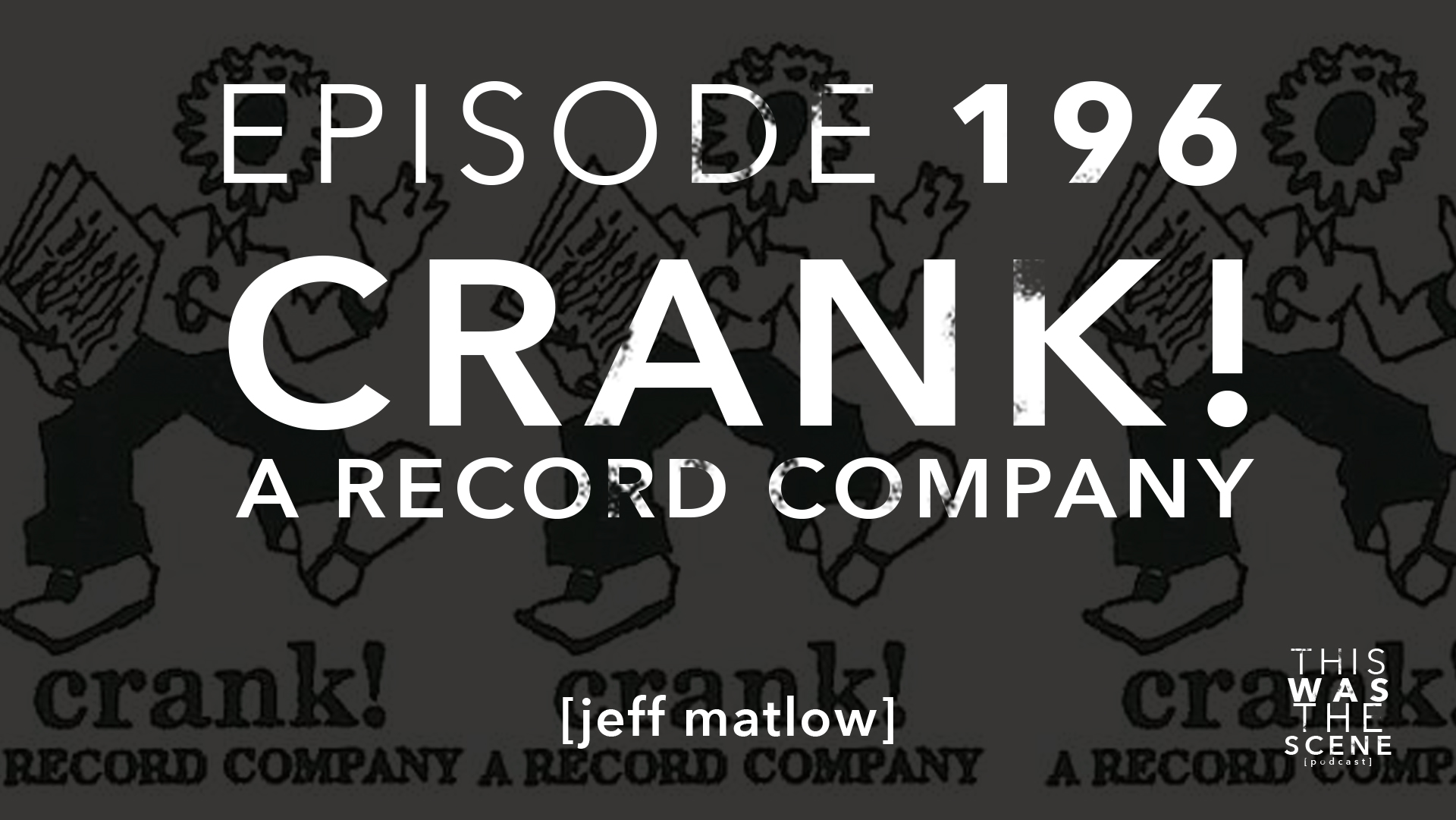 Click here to buy tickets to the Lanemeyer show at Stan Hope House in Stan Hope, NJ on Dec 1, 2022.

crank! A Record Company was an independent record label which was started by Jeff Matlow in September 1994. The label “played a huge role in the spreading of emo in the mid-’90s”, according to Alternative Press magazine. The label’s first release was a 7″ by Vitreous Humor, released under the name Geerhead Records; all subsequent releases were issued as Crank!

I got Jeff Matlow on the Skype and this is what we chat about:

Go sign up for his news letter by clicking here

This week’s episode is sponsored by the band American Television.

American Television are a gritty pop-punk band from the DC area that has shared the stage with Piebald, Spanish Love Songs, Dirty Nil, The Copyrights, and many more. Their new song, Moments, is out today on all streaming services and will be featured on the exclusive 12-inch Fest 20 Comp, available through Sell The Heart Records and at The Fest in Gainesville, FL. October 28-30.

I’ll link to the video for the song on the This Was the Scene’s Instagram Story so you can check it out. American Television plays The Fest, Sunday, October 30th, 9:40pm at Vecinos.