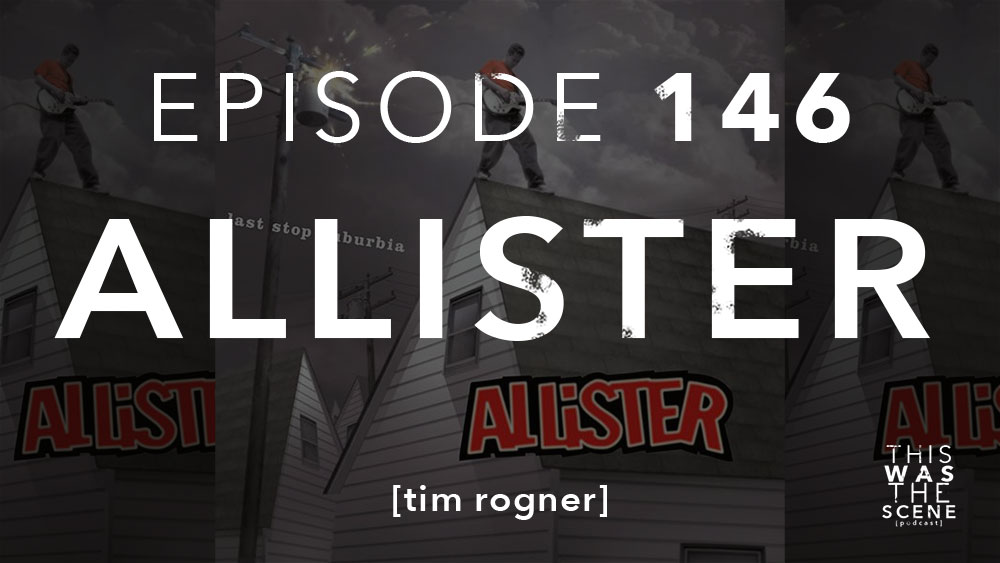 Allister is an American pop-punk band from Chicago. The four-piece formed in 1994 when the original band members were still in high school In 1998 Allister became one of the first bands to sign to Drive-Thru Records. They have released six studio albums: Dead Ends and Girlfriends (1999), Last Stop Suburbia (2002), Before the Blackout (2005), Countdown to Nowhere (2010), Life Behind Machines (2012), and 20 Years and Counting (2019). The band also made a cameo appearance in the 2004 film Sleepover.

They went on hiatus in 2007, then reunited in 2010, and have become Uncle Jessie Famous over in Japan. I got Tim on the Skype and this is what we chat about:

Check out Tim’s current band Hot Alice. You can find them on Spotify, the Gram, and the other socials.

You can find the clip from Ruby Bones’ song here.