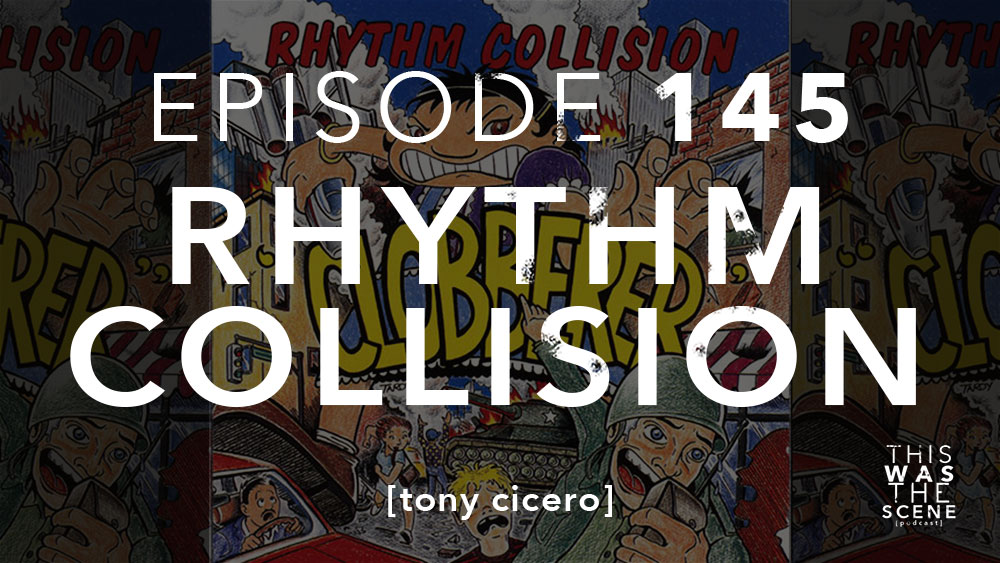 Rhythm Collision was a 3-piece punk rock band from California. They released numerous records on Dr. Strange, Does Everyone Stare, and Fueled By Ramen. Their debut LP was called Pressure (1991) and was followed by Now in 1993. Clobberer in 1995, a live album called Cruch Time in 1996, and a CD of b-sides, comp and 7″ tracks called Collision Course were also released during the 90s. In 2001, they released a new album called All Bombs Away.

I got Tony Cicero on the Skype and this is what we chat about:

Mint 400 Records is an indie record label from NJ with bands across the United States, Canada, and Europe. The label features everything from Indie Rock & Folk to Post-Punk and Soul. Over 370 exciting releases.

You can find the clip from Ruby Bones’ song here.

You can buy the Lanemeyer vinyl by clicking here.