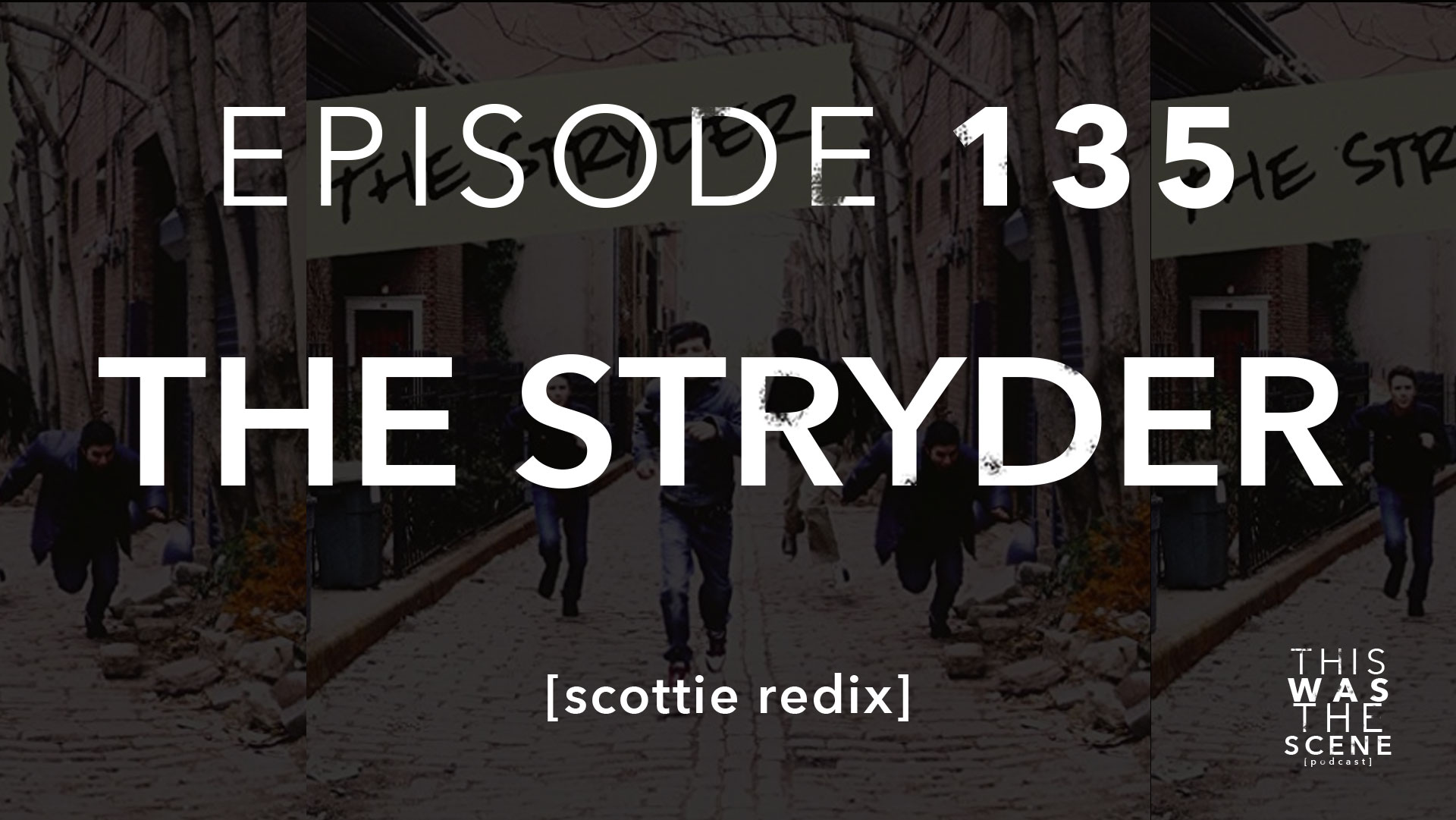 The Stryder was an American band hailing from Long Island, New York. The band was formed by Peter Toh and Scottie Redix in 1999 after their previous project, Yearly, disbanded following the departure of bassist Eben D’amico, who left to join Saves the Day. They added a vocalist and bassist, John Johansen and Nick Wendel respectively. They were on Elkion Records and then Equal Vision Records. The band toured extensively and began writing new material in 2001. They added former Glassjaw drummer Durijah Lang, and moved Scottie Redix to guitar and backing vocals. In mid-2001 the band parted ways with vocalist John Johansen.  You’ll learn about the rest in the interview.

There’s a fire alarm dying in the background the whole time and I tried my best to kill it as much as possible but it creeps through. But you’ll hear odd cuts in what Scottie’s saying. That’s where I’m slicing the audio.

Thank you to Chris Payne for the intro to Scottie who I got on the Skype and this is what we chat about: