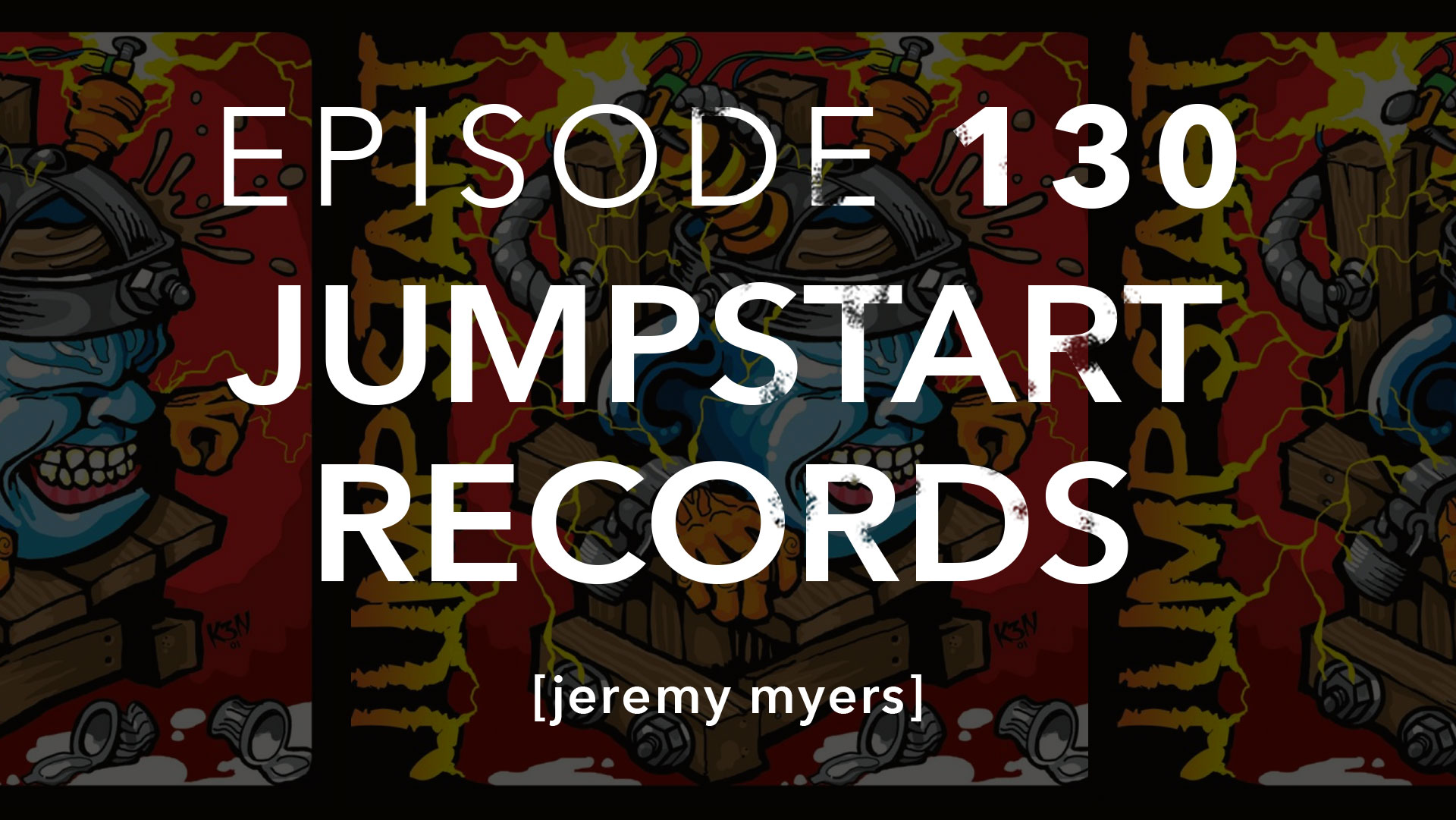 Before we start, feel free to support the podcast if you’ve been listening for a while by signing up for my Patreon for a $1 and I will love you forever.

Jump Start Records was born in a college dorm room first as a paper mailorder catalog and zine that quickly evolved into a vinyl 7″ release with Montreal’s The Planet Smashers. Twenty years and over 100 releases later, they’re still here, for better or for worse, fighting the good fight.

While the focus and drive of the label has shifted greatly over the years, one thing has stayed true and that’s a personal connection with the music and a desire to work with their friends releasing music that they love. Times are tough, and being an independent record label in the year 2017 isn’t easy; getting people to pay attention to a small record label run out of a suburban Philadelphia basement is no easy task, but they hope you enjoy what you find as much as they enjoy introducing the world to bands and music they think people ought to know.

They don’t give a fuck what bands you’ve played with, who you recorded with, or how many followers you have on social media. If they like it, they like it, and there’s not much else to say. It doesn’t matter if it’s punk, hardcore, ska, soul, hip-hop, or jazz, when the record needle hits you know it when you hear it.

Shout out to Adam Fowler of the Overdrives for the intro to Jeremy.

Go check out www.jumpstartrecords.com to see what they’re up to for the 25 year anniversary.