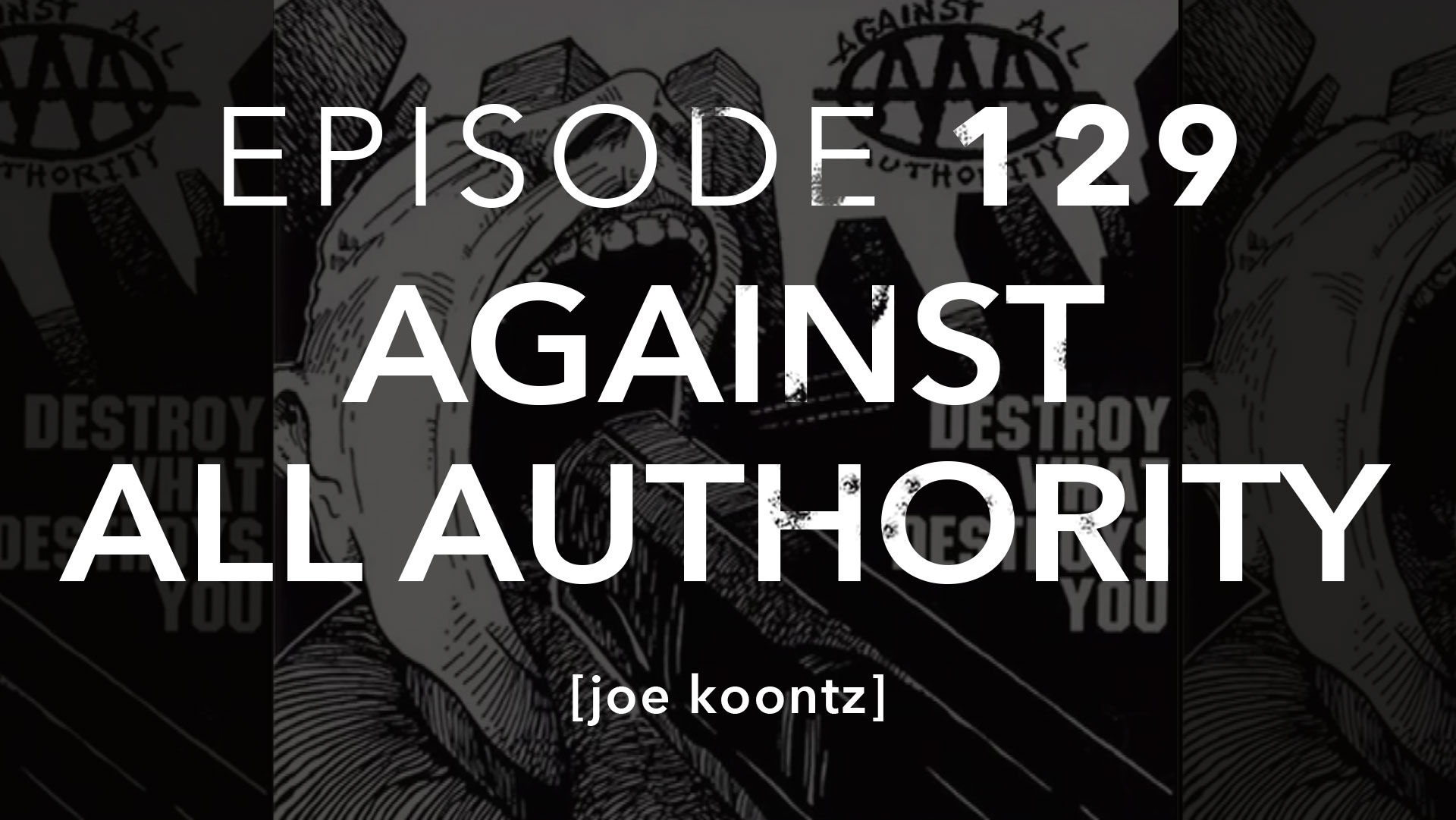 Against All Authority was founded in Florida in 1992. A strong engagement in political and social issues is clearly evident in their lyrics. The band maintains a fierce DIY stance influenced by the approach of the Dead Kennedys and Subhumans. Early in their career, the band decided to book concerts, make recordings and even produce band T-shirts on their own. Their first release was a 7″ called “Above The Law” in 1994. Later they signed to independent label Hopeless Records, becoming one of their major bands. In addition to touring and recording, the band is frequently involved in demonstrations and social projects. They have also influenced a number of other bands.

I got Joe on the Skype and this is what we talk about:

Go support Joe by following his Instagram @koontzguitars and buy a guitar or 5.

Mint 400 Records is an indie record label from NJ with bands across the United States, Canada, and Europe. The label features everything from Indie Rock & Folk to Post-Punk and Soul. Over 370 exciting releases.