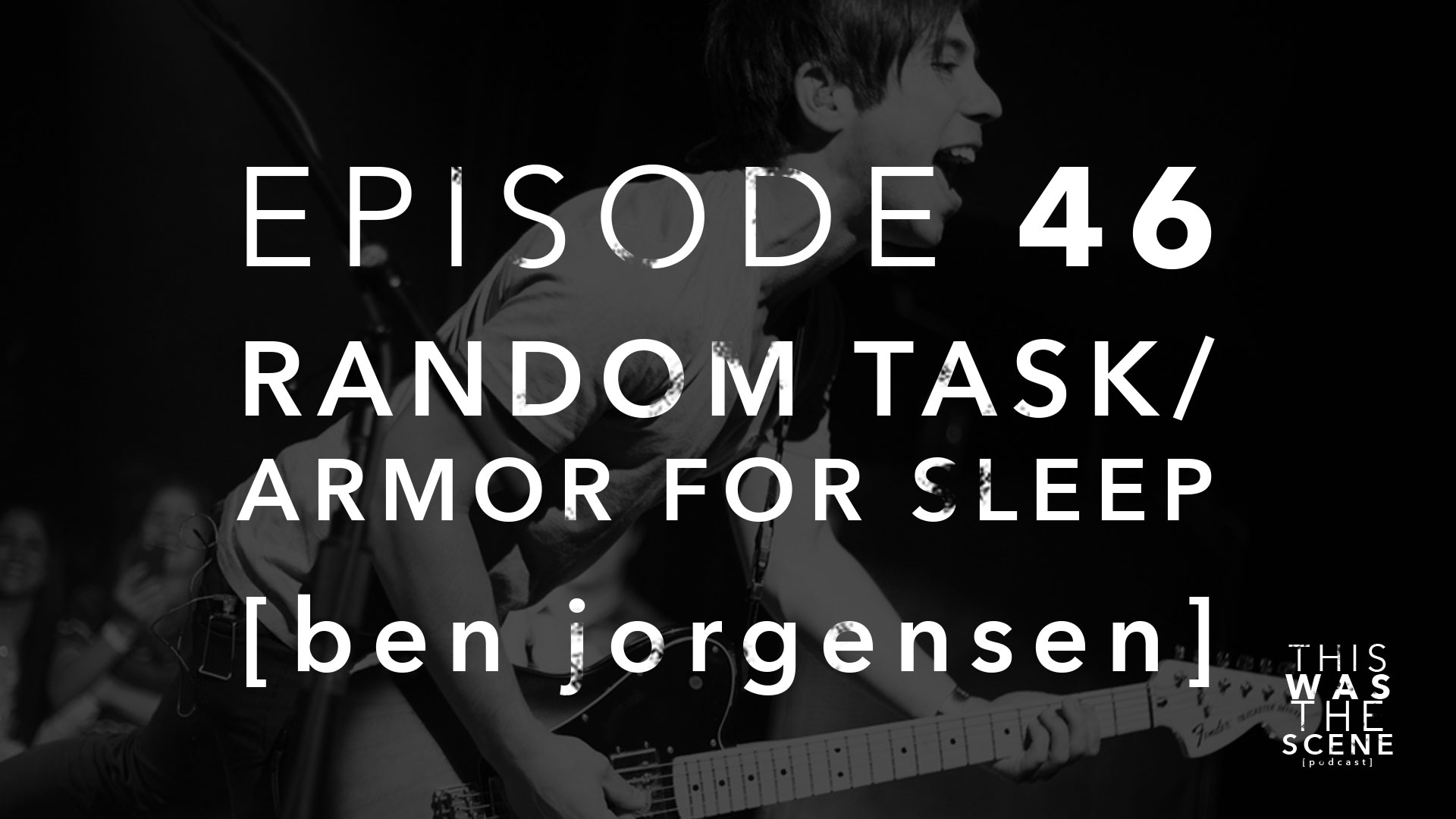 Random Task was a punk band from NJ who frequented hall shows all across the NJ scene. Ben Jorgensen was the drummer but eventually left the band to front Armor for Sleep who got signed to Equal Vision, toured their asses off and eventually decided to close shop. If you haven’t heard Car Underwater then you should go on Spotify and listen to it as soon as this episode is over because it’s the shatttttt.

Random Task was the younger band in the scene who were solid dudes to hang out with any time I saw them at shows. I typically talked to Ben and Evan and still think Evan’s write up of my band’s CD for his zine Braceface was shit and he should go back and do a better one.

I reached out to Ben and asked if he’d like to talk about summers passed and he said that he would like that. And this is what we talked about.