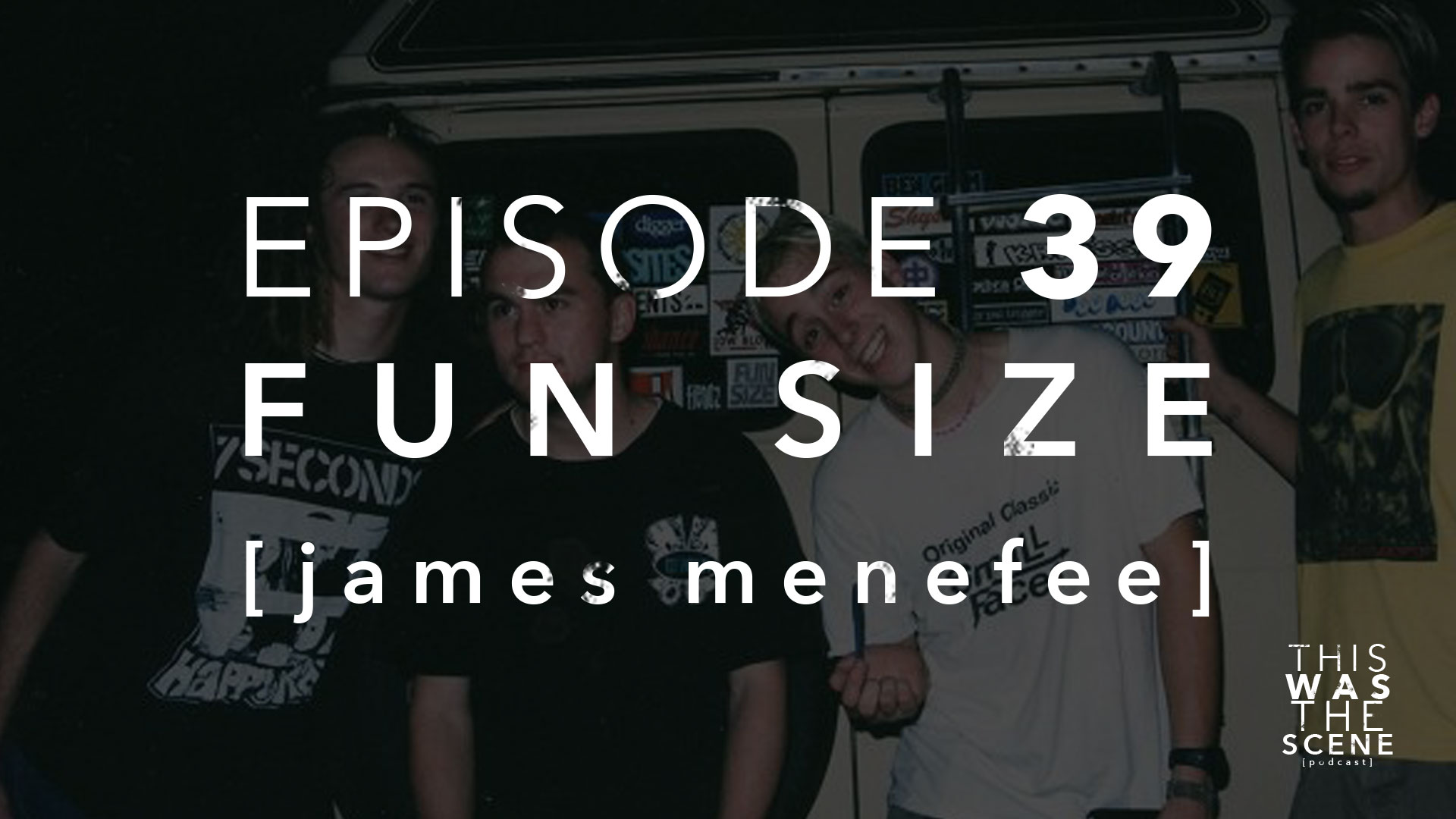 Fun Size started more or less in 1991, in Richmond, Virginia. The members consisted of James, Allen Brian, and Orice. They put out a few releases including a 7” on Fueled by Ramen in 97 called “The Process of Selling Out,” a play on the Black Flag record “The Process of Weeding Out” and also poking fun at Less Than Jake for recently signing to Capitol after Vinnie told James about all the undeserved flack the band was getting for signing to a major. In 98 they released “Glad To See You’re Not Dead” and disbanded soon after.

The band did, however, reunite in 2012 when guitarist Brian moved back to Richmond, VA and they released “Since Last We Spoke”. If you haven’t had a chance to check out this album, then do so because it’s really good. Especially the song “End of the Road” which has been on heavy rotation on my Spotify playlist for months.

I met these guys back in 98 on their last tour through NJ. My old band Lanemeyer played a show with them at JT Skate Zone in West Orange, NJ. We also did a mini-tour if you can call it that with James’ second band River City High which we also talk about in this interview.

I reached out to him through Facebook to see if he’d like to talk about 96-2002 and he was more than happy to spend 2 hours discussing this time period. And here is what we talked about: