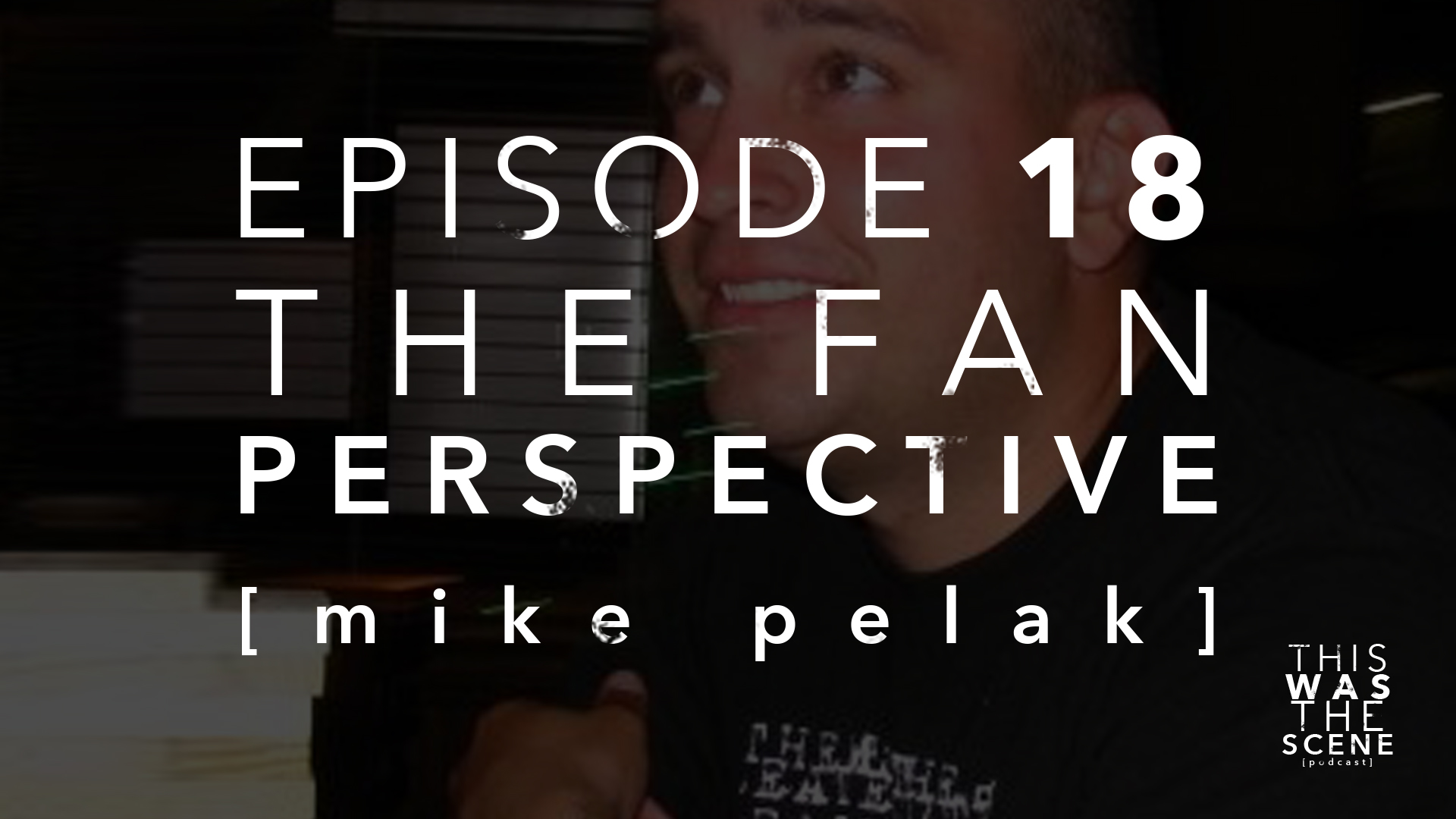 Mike Pelak didn’t run a label, play in a band, record bands, own a record store, print merch, run a zine or promote, ok wait he did help promote shows with Bomshelter run by Ricky the artful dodger Saporta.

I’d always see Mike at a lot of shows my band played at and he just had such a positive and happy demeanor about him. He’d always be in the crowd singing the songs back to bands and then hop in a car with some friends and get to the next show that same night. Sometimes making it to 3 or 4 in one weekend.

I wanted to see what it was like from a “fan perspective” so I reached out to Miguel, set up a time to talk and this is what we chat about.