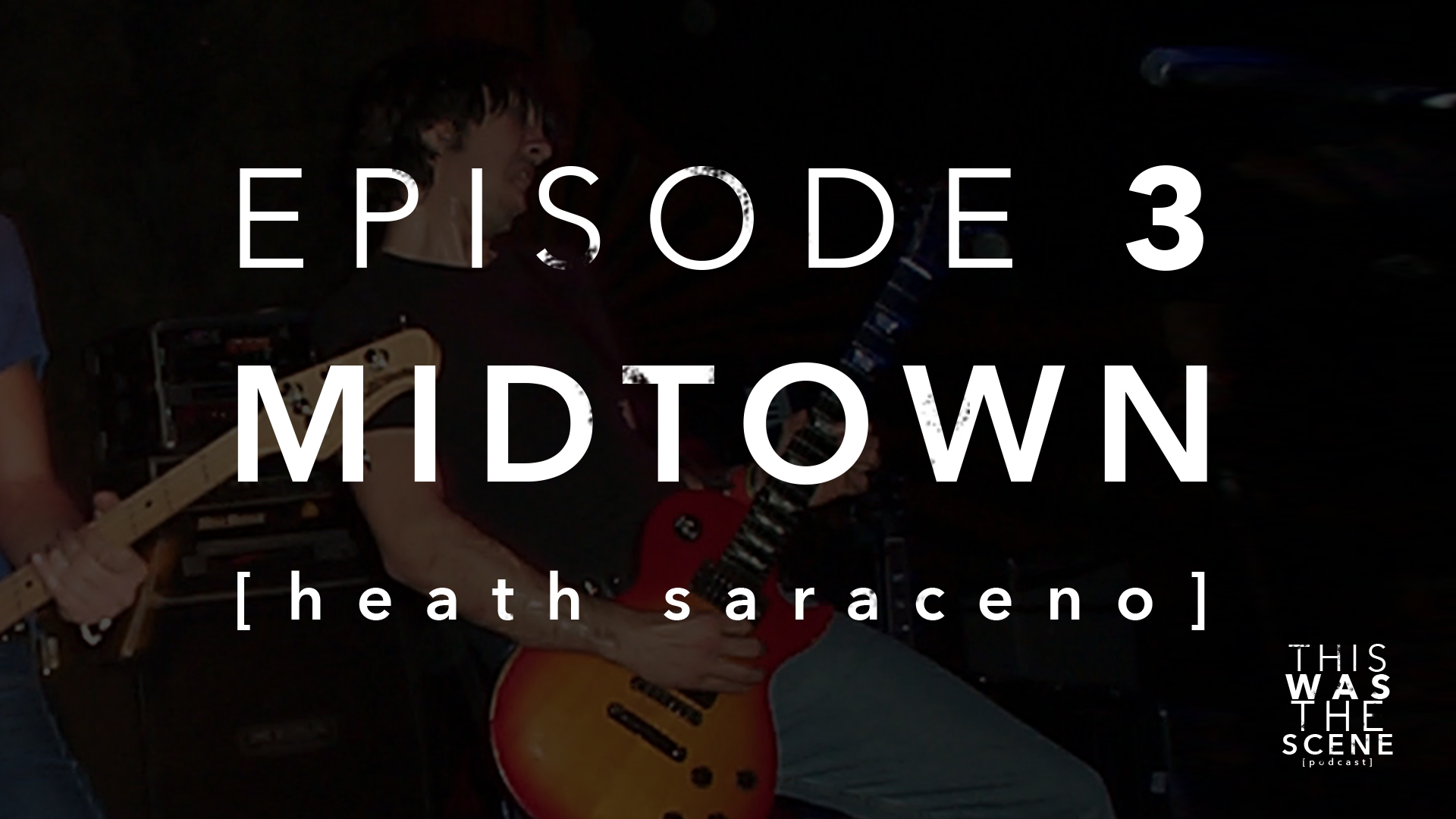 Midtown was a band formed from ex-members of Humble Beginnings, Nowhere Fast, and The Royalties.

They created 3 full lengths in their career including 2000s Save the world, lost the girl. I’m not going to lie, back when I was touring, I was quite envious of this band. And I wanted so badly to not like this record but you can’t it’s just that good.

Heath Saraceno was one of the guitarists in the band and he’s probably one of the nicest people on the planet. He was actually the first person I reached out to when I came up with the idea of this podcast and he replied with I’m totally down. If you were a huge Midtown fan, then you will definitely love this interview

Here are some of the things we talk about:

Here’s an animated clip from the episode where Heath talks about the time they almost got carjacked.

Below is the Midtown video “Just Rock & Roll” that references my “Josh from Humble Beginnings” question.