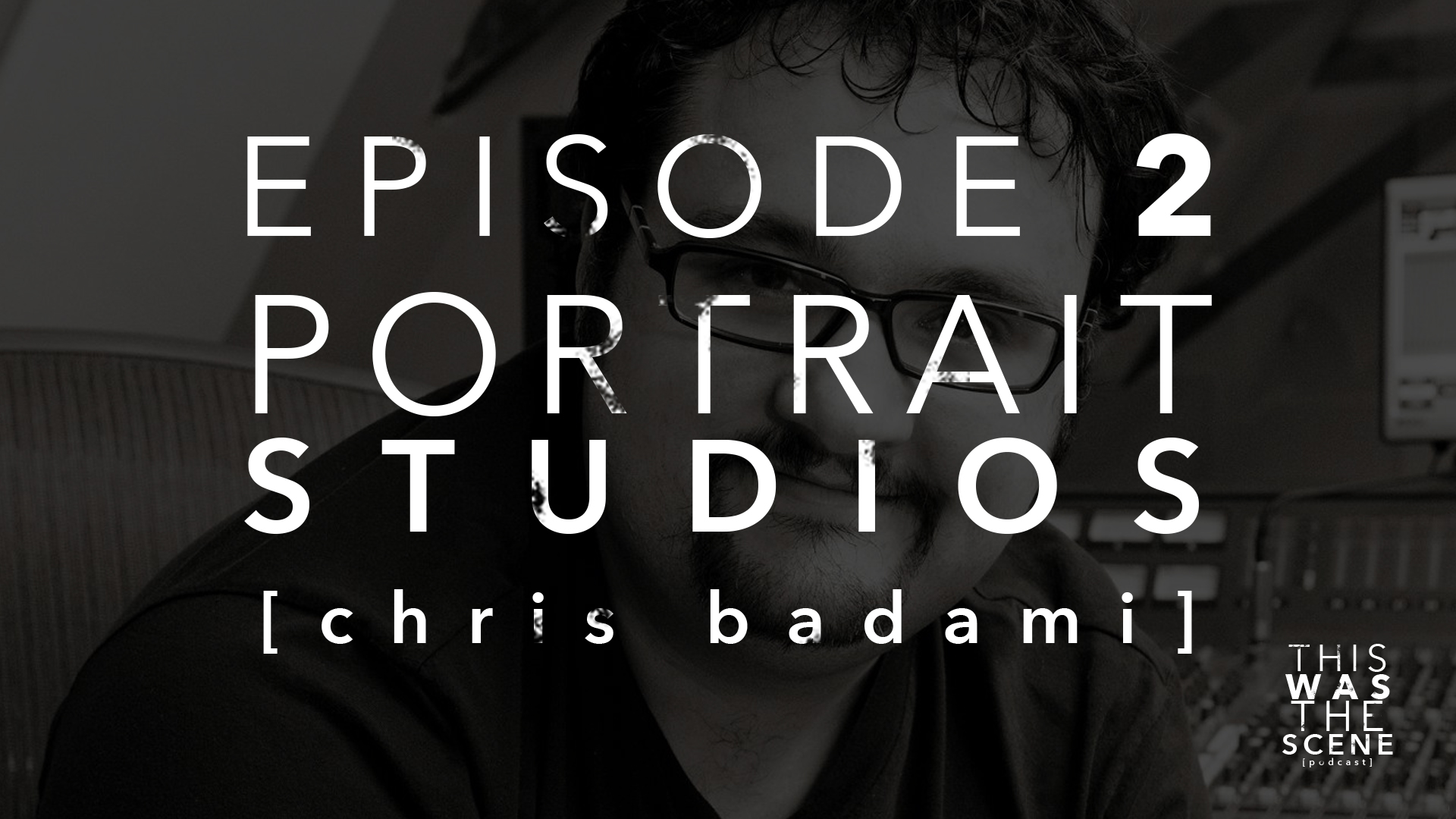 The first band I was in was called Congress of Cow. We played in our drummer Jeff’s basement and had shows in front of our friends in said basement.

Once we started playing legion halls we realized that we needed a demo tape so people would know who the fuck we were.

Enter Chris Badami and Portrait Studios. Chris started Portrait in 1995 and created a ton of albums that helped local punk bands get their sound out to the local masses.

Some of the bands on his recording roster are Dillinger Escape Plan, The Early November, Midtown, most if not all of the Pinball Catalog and my old band Lanemeyer.

In this episode we’ll learn: