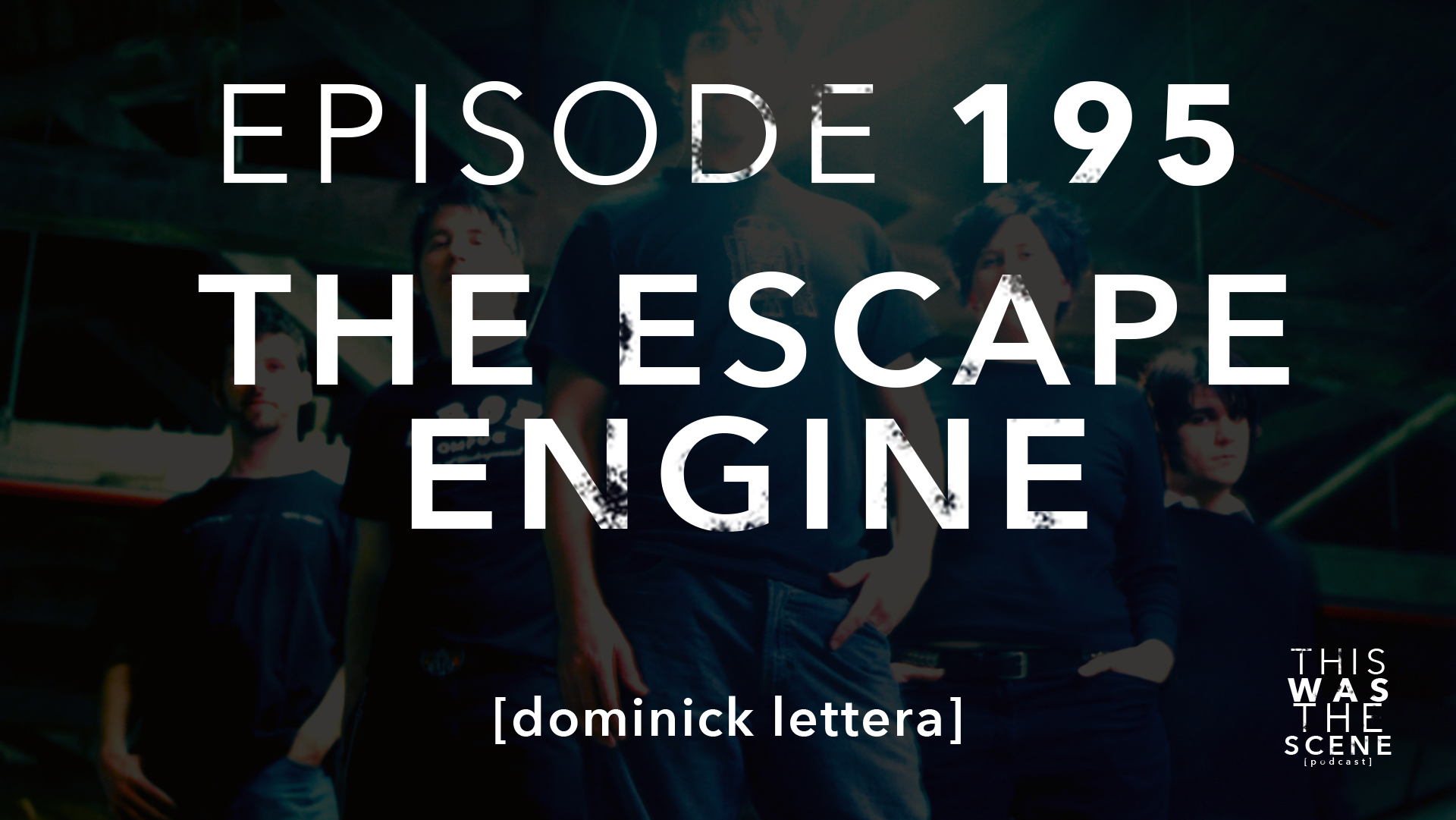 The Escape Engine was founded in the spring of 2002. The band’s name comes from a Burning Airlines song titled “The Escape Engine”. Within a matter of months of recording their demo the band was approach by Jon Strauss whose intentions were to start an independent record label. The band ended up becoming the first band to sign with the newly created Fidelity Records.

The band broke up in 2006 and then re-united on May 4, 2012, for a single sold-out performance at Maxwell’s in Hoboken, New Jersey.

I apologize in advance because we laugh a lot during this interview so I figured I’d give a disclaimer.

George if you’re listening, Dom wanted me to make sure that you know that you were the person that made that band possible. He wanted to let you know this because he wasn’t sure if he said it in the interview so hence this disclaimer.

I got Dom on the Skype and this is what we chat about:

Check out his buddy’s company Sure Thing Toys which he mentions during the interview.