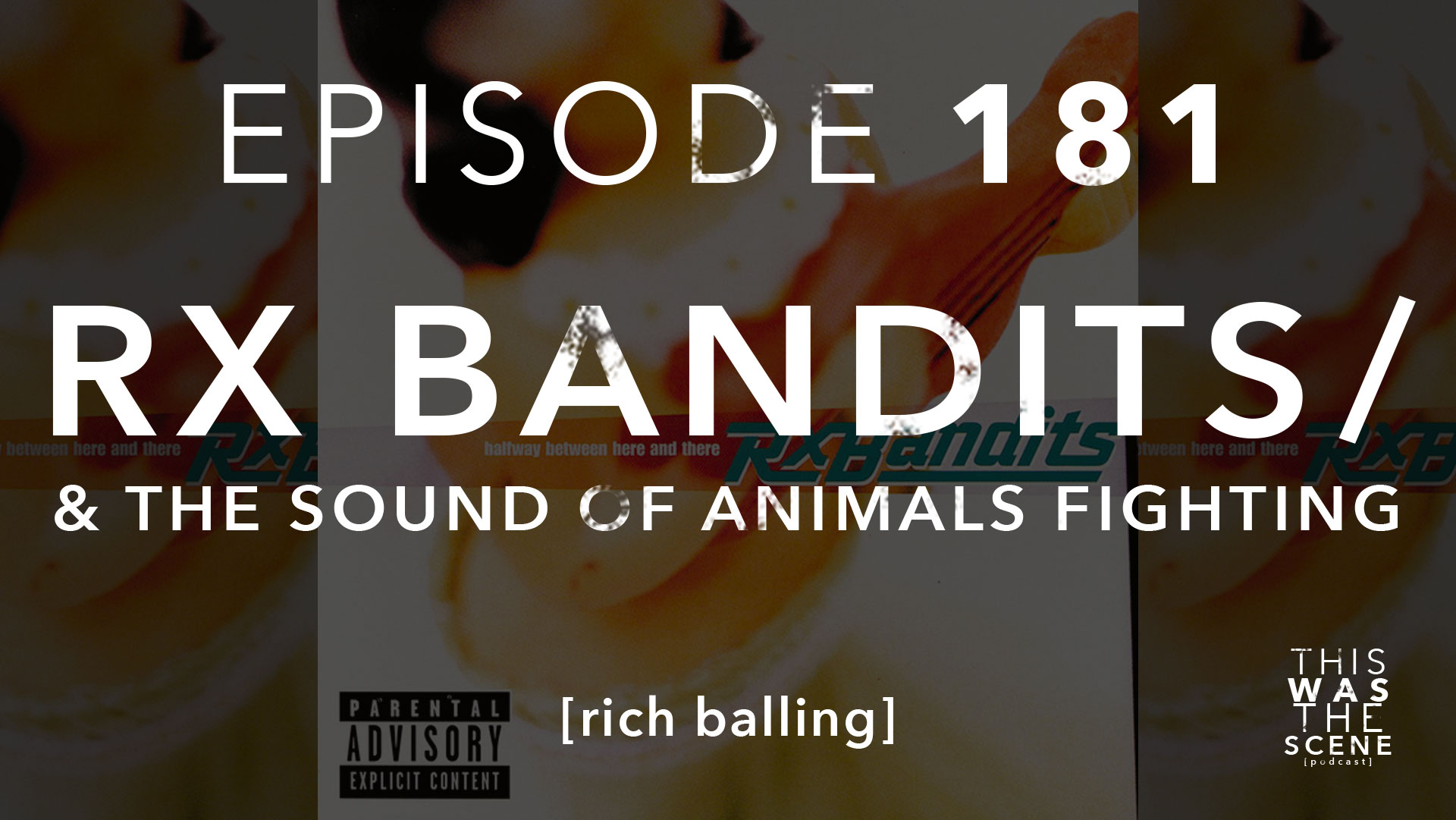 Rx Bandits are an American four-piece band from California. The band formed in 1995 in Orange County, California. They have appeared on the Vans Warped Tour, Bonnaroo, Coachella, Bamboozle, and plenty of club shows throughout the world I think.

In 2001, after touring on their third album “Progress”, Rich left the band, citing frustrations he had with certain aspects of the music industry. He later went to form The Sound of Animals Fighting. They released a trilogy of records between 2004 and 2008, and performed only four live shows, following their second release in 2006. The band’s live lineup consisted of 12 different musicians and they often employed the use of animal masks to conceal their identity.

Rich slid into my DMs on IG a while back after he found the Donuts N’ Glory interview (Episode 114) and we’ve been chatting about old scene stuff since then. I wanted to find out about his days in RX Bandits and The Sound of Animals Fighting, so I asked him onto the podcast, he said yes, and this is what we chat about:

Go buy his Revolution on Canvas books and check out all of the music he’s created by clicking on the links in the show notes.

Check out all of his other things below:

Revolution On Canvas: Poetry From the Indie Music Scene

The Sound of Animals Fighting

“Lover, the Lord Has Left Us” Equal Vision Records

“The Ocean and the Sun” Epitaph Records

“Pyramids/Horseback: A Throne Without a King” Hydra Head