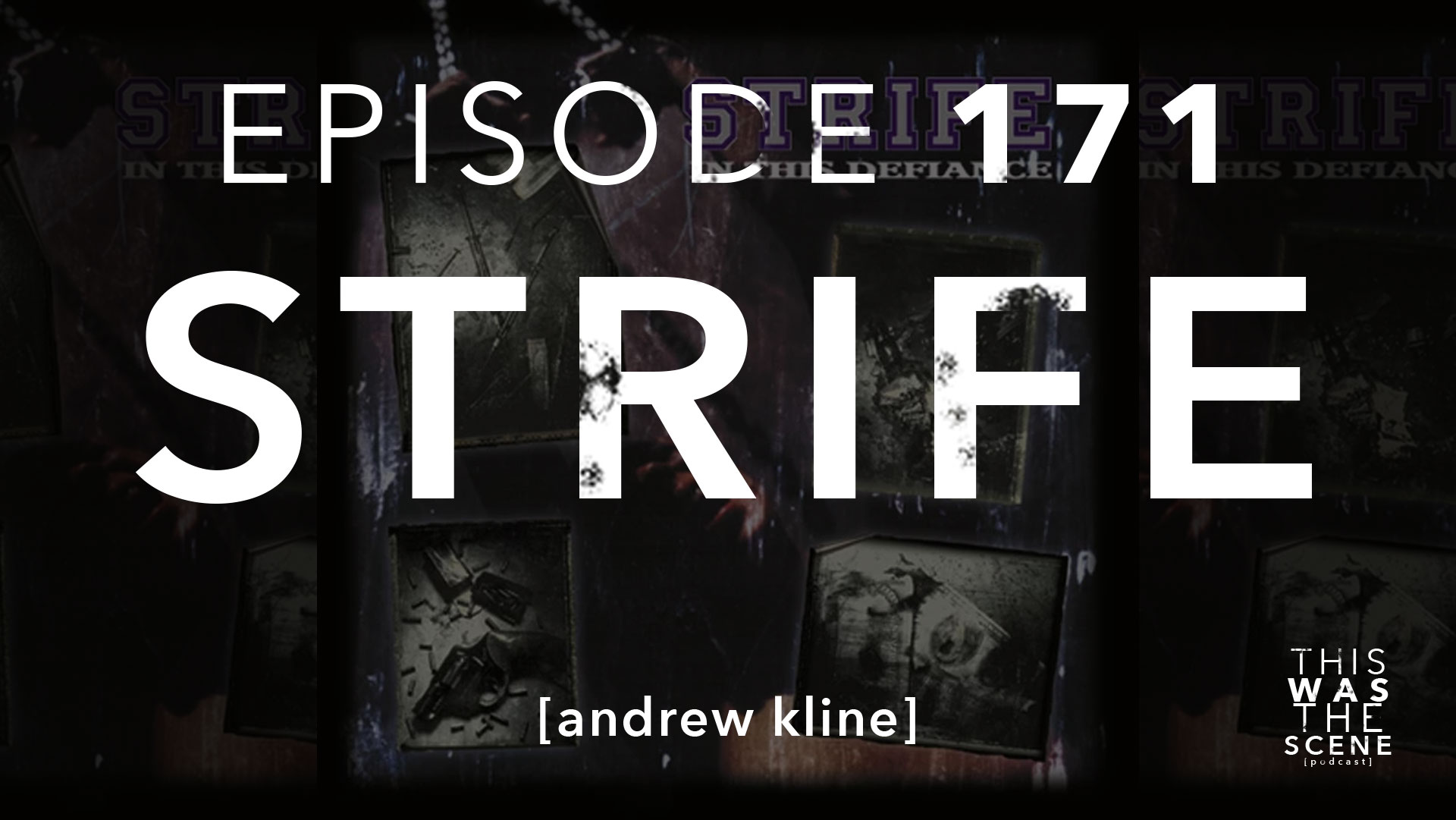 Strife formed in 1991 signing on with Caroline Records, who issued their debut album, One Truth, in 1994, before signing on with one of the country’s leading hardcore labels, Victory. In 97 they issued In This Defiance, a recording on which the band attempted to broaden their sound, as it featured guest spots from members of such acclaimed non-hardcore acts as Fear Factory, Sepultura, and the Deftones.

But just when it seemed things were going good for the band, Strife announced their disbandment in early 1998. Sporadic reunion concerts followed (as well as a collection of odds and ends, 1999’s Truth Through Defiance, and almost exactly two years later, Strife decided to reform. In 2001, Strife issued their third studio album, Angermeans, which was followed up by their first major tour in nearly four years.

I first heard about these guys on the Cinema Beer Nuts comp which I’ve talked about on numerous episodes and their video blew my fucking mind. I immediately went out and got In This Defiance and loved that CD.

Luckily, Andrew runs the IG account so I sent them a message, got him on the Skype and this is what we chat about.

Check out his band Berthold City’s new record “When Words Are Not Enough on WAR records” which just released recently so go check that out.