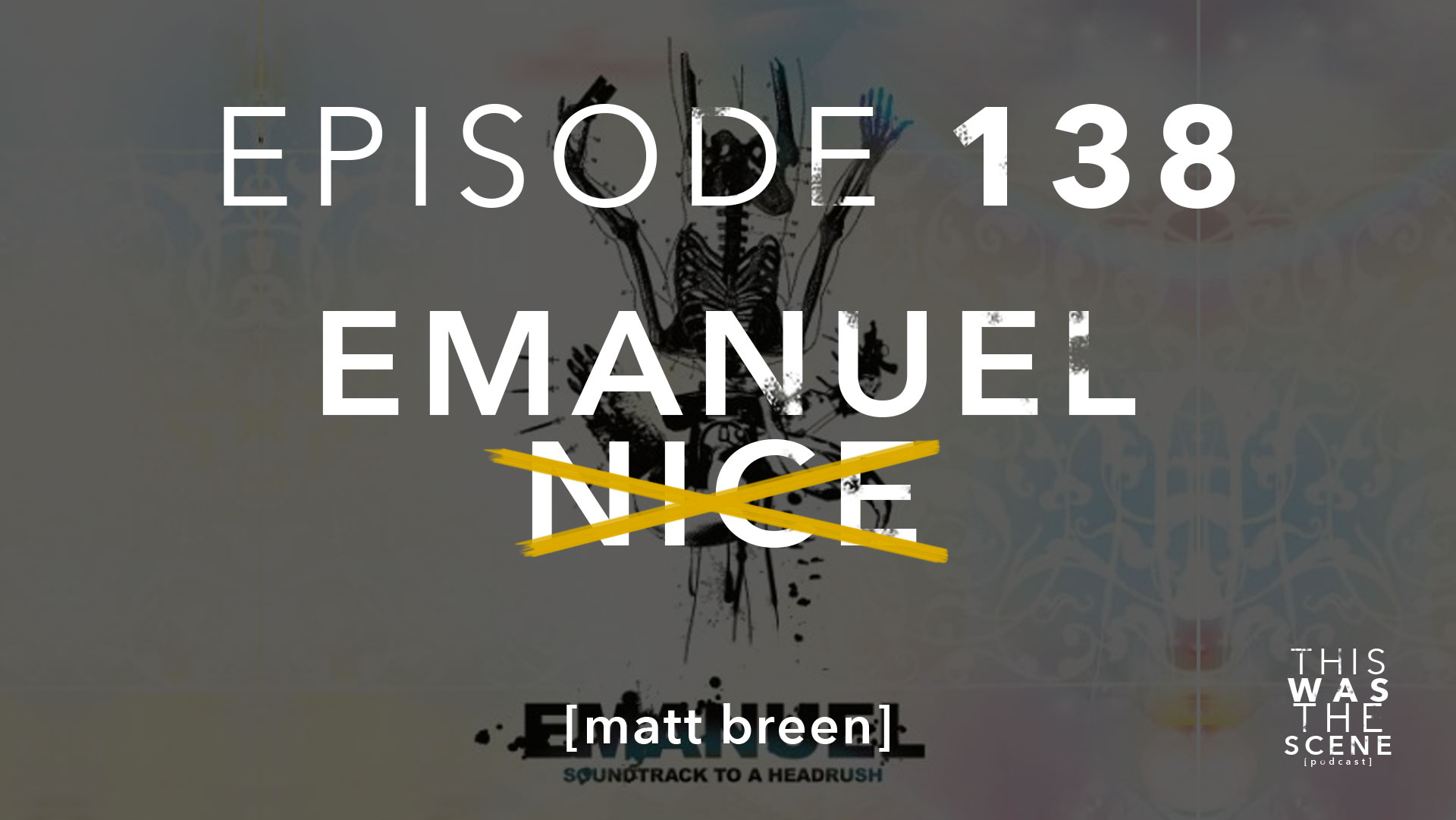 Emanuel started out as “Emanuel Nice” in December 1998. They kept that moniker until 2004 where they decided to drop the Nice but keep the full line up while updating their sound which would get them signed to Vagrant Records.

They released their first album, Soundtrack to a Headrush, in March 2005 on Vagrant and toured extensively with bands like Jimmy Eat World, Thirty Seconds to Mars, Aiden,  Keating, From Autumn To Ashes, The Bled, My American Heart, Lorene Drive, Moneen, The Audition and many more.

I reconnected with Mr. Matthew Breen, got him on the Skype, and this is what we talked about,

I have this was the scene stickers. 2 for $2 just PayPal thiswasthescene@gmail.com or Venmo the_mikedoyle. You can see what they look like on my Instagram.