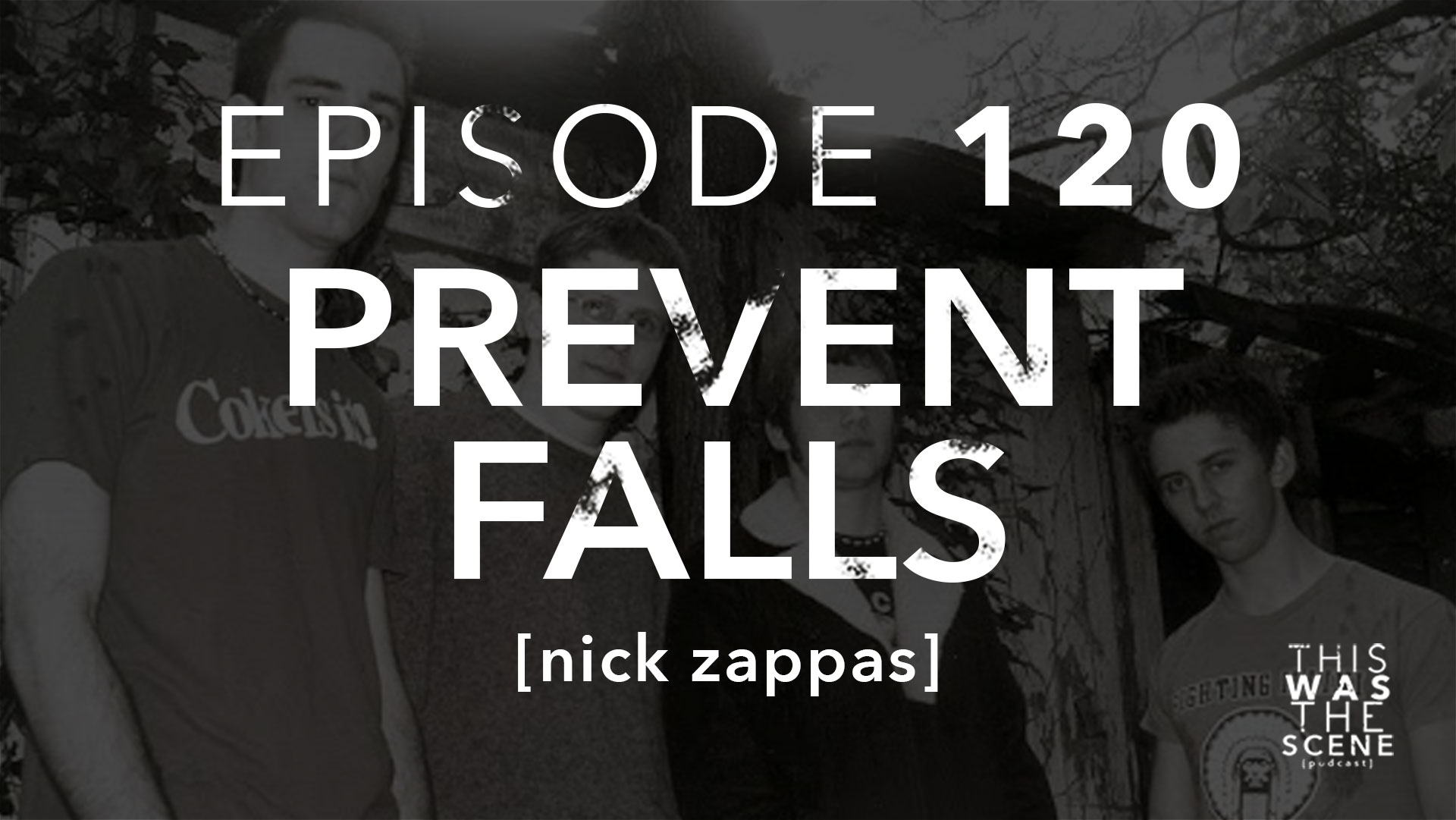 Prevent Falls was a post-hardcore band from NJ that existed from 1998-2003. Their members included Jeff, Nash, PJ, and Nick. PJ and Nash later went on to join Ben Jorgenson (episode 46) in Armor for Sleep. Here’s an old write up from Lambgoat.com – Equalvision cites similarities between the band and such groups as Helmet and Quicksand, with an indie punk twist. The band has been in existence since 1998 and have previously self-released a full-length entitled ‘Solutions Have Problems’. Their EVR debut is slated for release in March of 2002. Look for the band on the road this fall playing numerous weekend shows on the East Coast, and eventually on tour next summer to support the album. Yes, this is an old review.

I got Nick on the Skype and this is what we chat about: