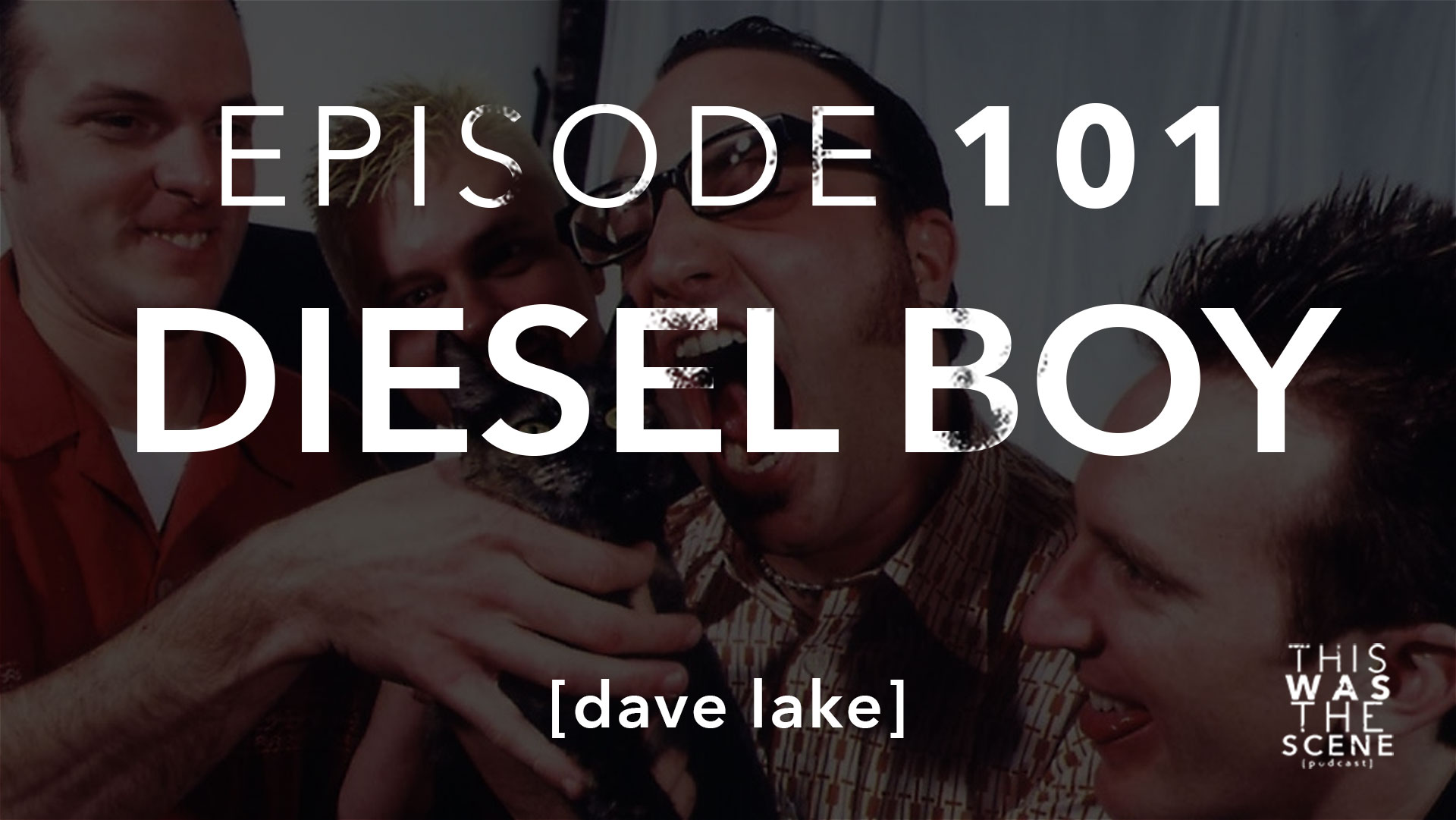 Diesel Boy is a punk rock band from Santa Rosa, California. They were formed in 1993 and were active until 2002, and have been on hiatus since then. They have a 7″ on Fat Wreck Chords, 4 full-length albums released on Honest Don’s Records, and a split EP with the band Divit that was released on Coldfront Records. According to Last.fm, Diesel Boy’s most popular tracks are “Titty Twister”, “Looks That Kill” (Mötley Crüe cover), “She’s My Queen” and “Stroking My Cat”.

Thank you, Monkey, for the intro to Dave Lake who was kind enough to carve out some time for a chat. Below is what we talk about: