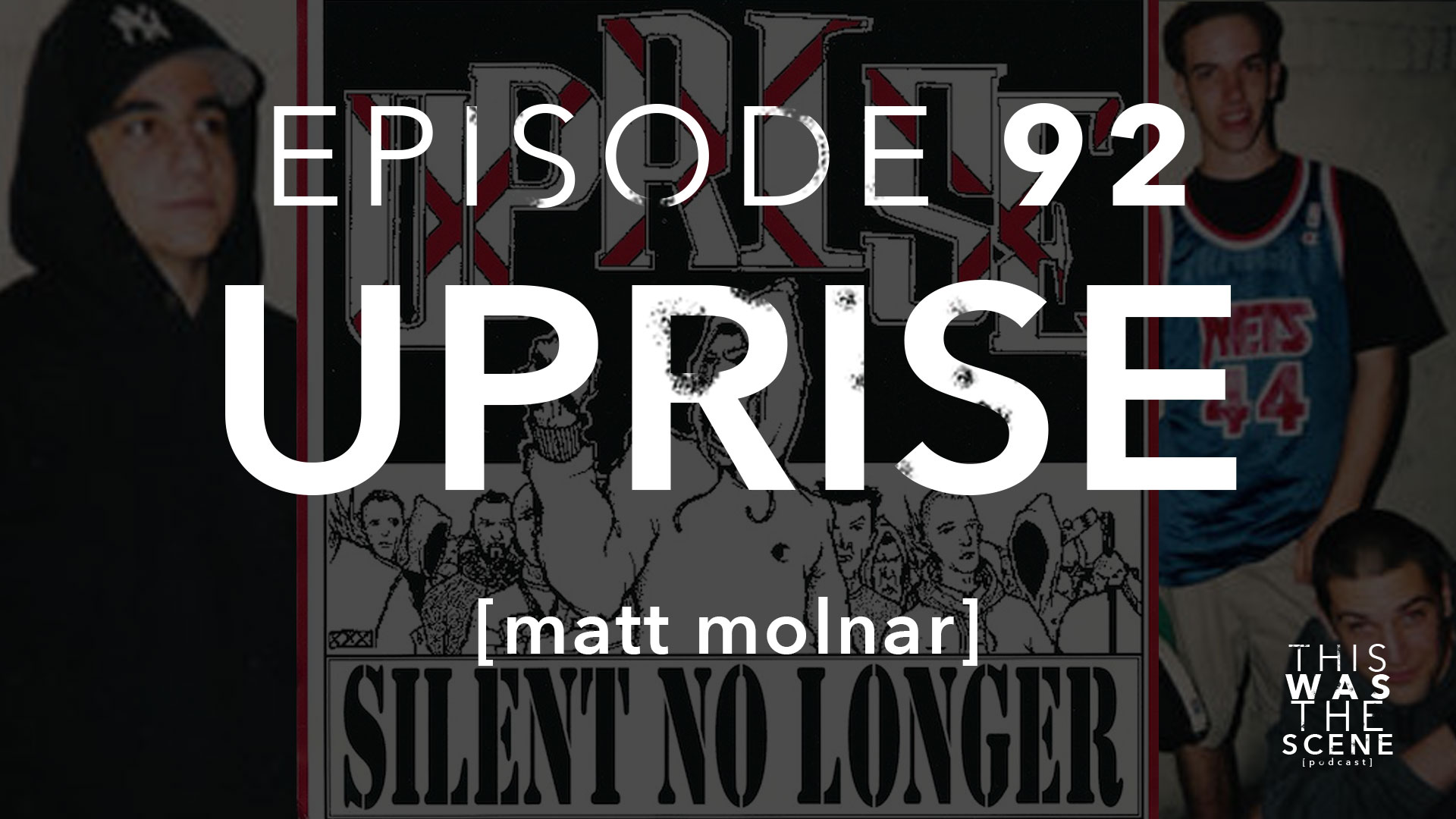 Uprise was a hardcore band based out of Northern Jersey.

I heard about them when Mike Z joined the band because he was a classmate of mine at Jefferson Township High School and it was the first time I ever saw a local band put out a 7in which blew my mind. I talk about this in the interview.

You may also remember the Morris County Youth Crew from back then which Matt formed. That name has come up a few times in previous podcast interviews. Especially Episode 23 with Brian Molloy who talks about the Morris County Adult Crew. Which, btw, I made merch for. You can check that out here.

I got Matt on the phone and this is what we talk about:

Check out Matt’s other band Dead Nation on Spotify.

And his other other band Kissing is a Crime.