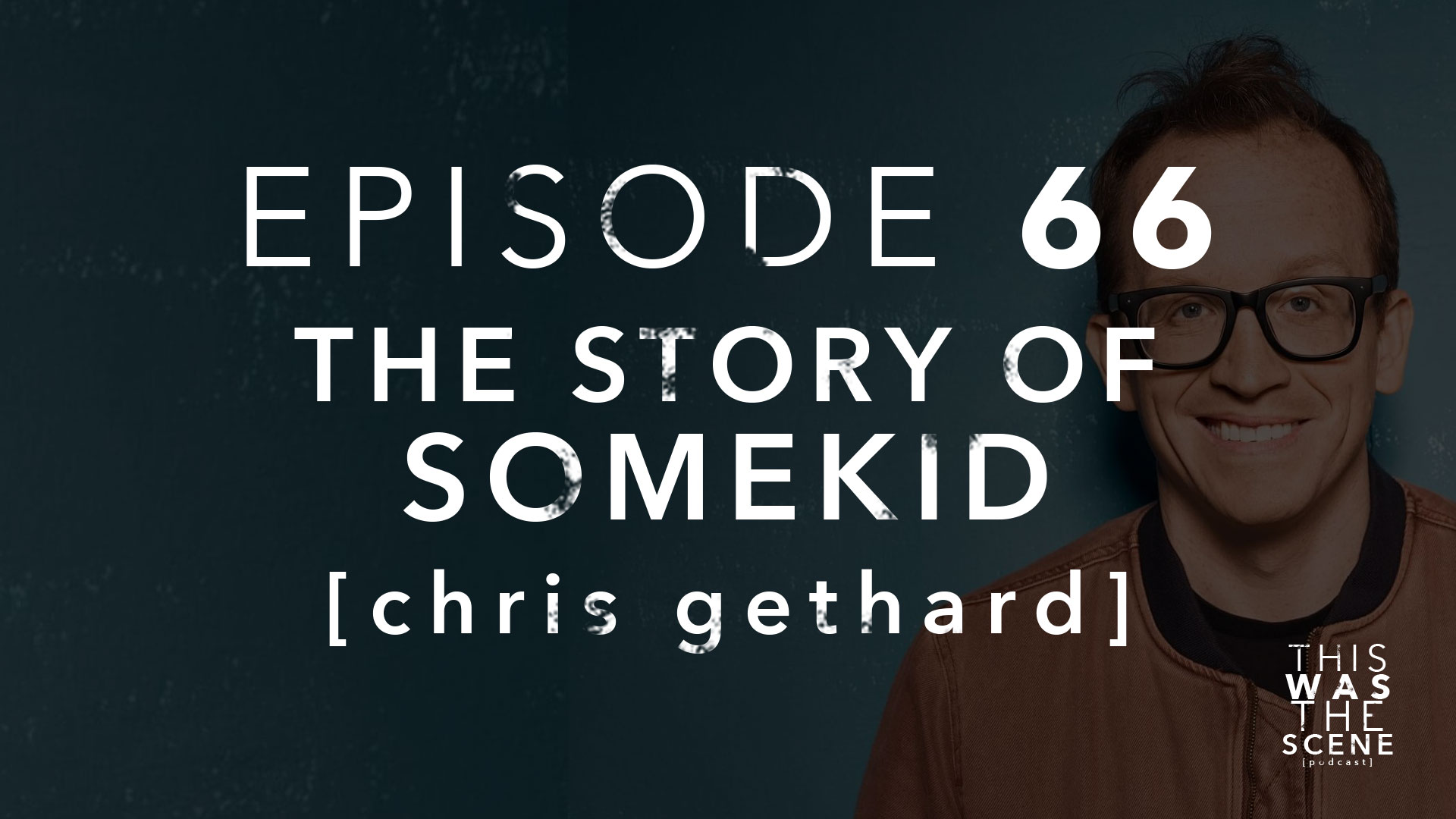 Chris Gethard is a comedian based out of Queens, NY, with proud roots in West Orange, NJ. He can be seen performing all over the world. In NYC you can often catch him at The Comedy Cellar. He’s the host of the podcast Beautiful/Anonymous, the author of the book Lose Well, and the figurehead of a television show that’s actually more like a religious cult. In hipster cities, he is most often recognized for playing Ilana’s boss on Broad City. In regular America, he more often gets “Aren’t you the guy who tried to hit Oscar with the pipe on The Office?”

Back in the late 90s, bands started getting websites. On these websites were forums where people could chat about music, the scene, hot topic, white belts, chain necklaces, etc. It was a place for the scene to exist outside of shows.

At that time, a random character names SOMEKID popped up and started talking shit to everyone. I believe this person was my first introduction to trolling. They started shit so much that people in the scene wanted to basically kill this person but no one ever knew who it was.

Until today. Luckily Chris remembered this and reached out to me to talk about this. Now, he presented this to me as he had “a story” and you’ll hear my confusion in the very beginning. It takes us a minute to get into why he reached out but holy fuck is it worth it.

Usually, I’ll break down what we talk about but it’s a few stories about the scene and then he goes into the story so you need to just hold tight.

jvi mobile marketing has been in business since 2012. Founded by former member of New Jersey pop-punk band RedRover and creator of the North Jersey pop-punk Facebook group, he has been building a digital marketing agency that has grown to over 100 clients from all around the country. The agency specializes in all sorts of digital marketing for local small businesses. Whether you need a logo, website, automation, Facebook ads, or just more traffic and better rankings for your business, Jay and his team will work with you to find the best and most affordable solution. To learn more, contact JVI Mobile today at 866-587-3837 or visit www.jvimobile.com

Below is the Earth Crisis video Chris talks about in this interview.

“2:30 is when beer cans and yogurt get thrown on stage.

6:00 is when someone jumps on stage in a fur coat and all hell breaks loose.”