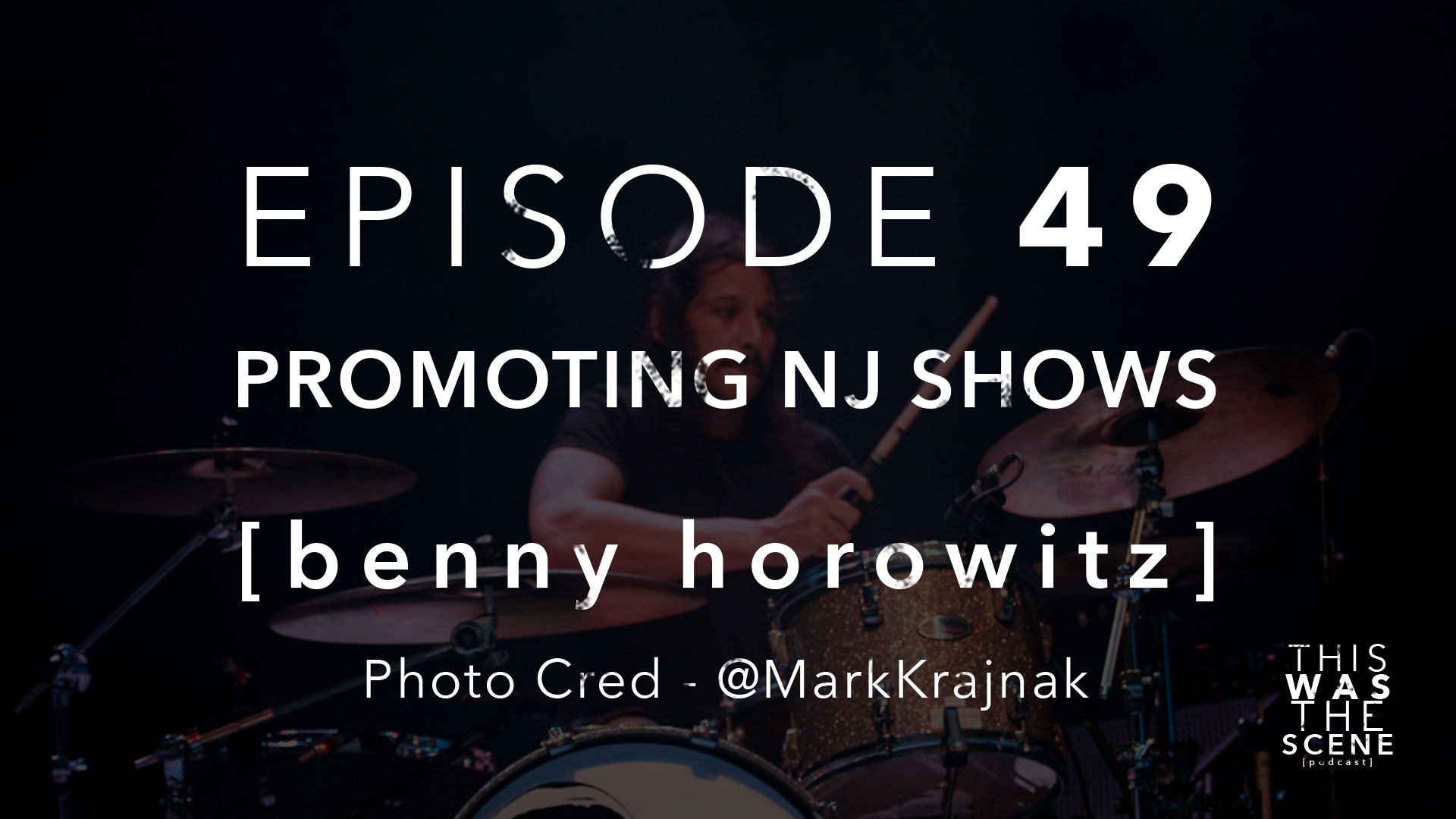 Benny Horowitz was a show promoter at the Manville, NJ Elks Lodge back in the late 90s. You also might know him from his bands Mercy Union and Gaslight Anthem.  I obviously heard of Gaslight but had no idea he promoted shows until Roadie Extraordinaire, Monkey Cipriano filled me in and then made an intro. Benny was more than excited to spend close to 2 hours talking about the scene. Fun fact, this interview was going to be a 2 parter because we had to end the first part of the interview and continue a week later. However, since I have a special guest for Episode 50, I decided to keep this as one interview. Plus, this is a podcast so suck it up.

I got Benny on the phone, twice, and this is what we talked about: