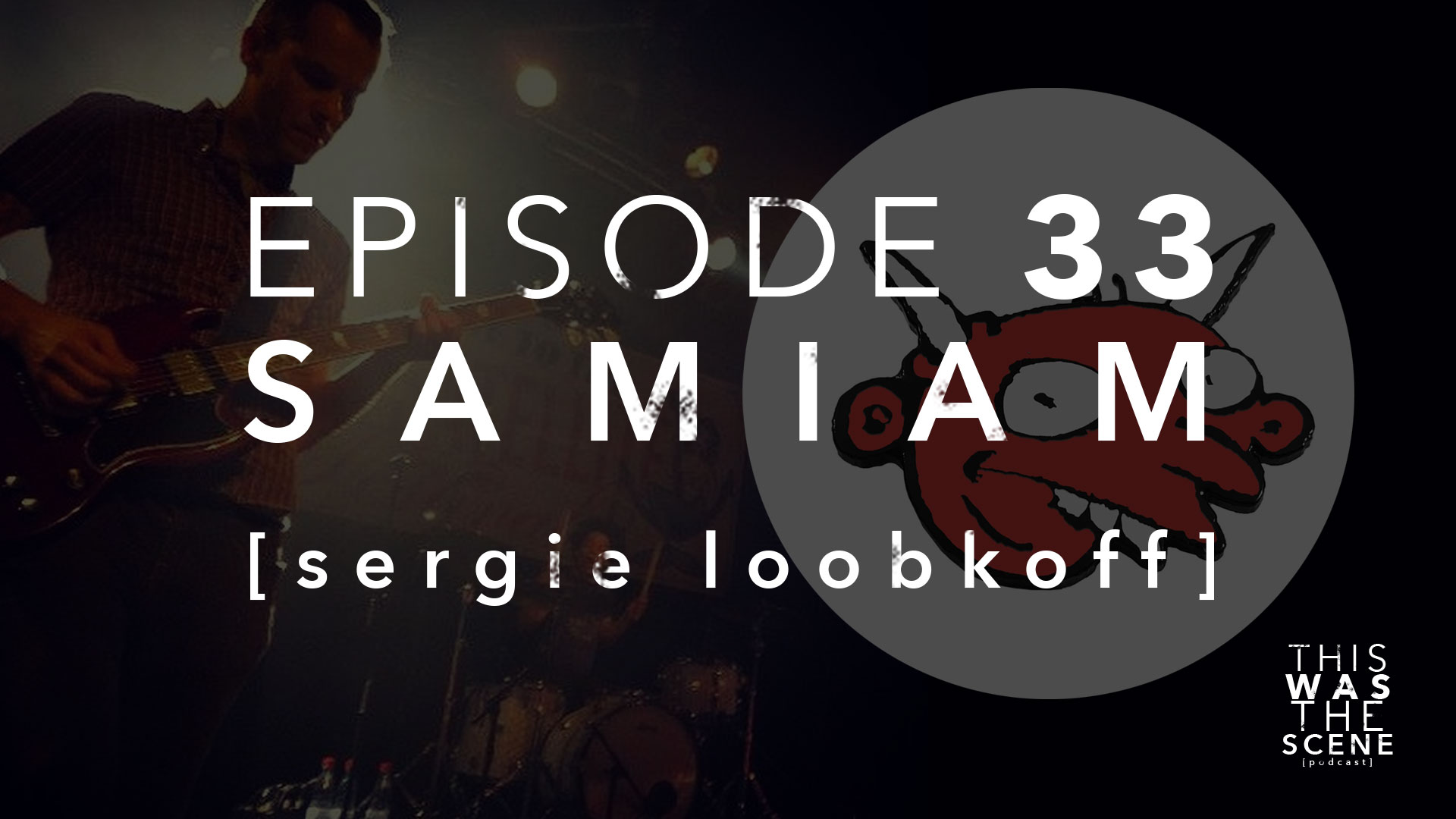 Samiam was formed in late 1988 after the breakup of the Gilman club mainstay Isocracy. Their first show was in January 1989 with Christ on Parade. They released records through New Red Archives and Hopeless Records in the US and Burning Heart Records in Europe. In the mid-’90s, the band had two releases on major labels, Atlantic Records in 1994 and Ignition/Tommy Boy in 1997. This path achieved modest mainstream success; a video for “Capsized” gained a lot of airplay on MTV, they performed on The Jon Stewart Show in 1994 and the single “She Found You” garnered considerable radio play in 1998. The band toured extensively throughout Europe, North America, and Japan with Bad Religion, Green Day, The Toadies, Sense Field, blink-182, and Millencolin.

I got an intro to Sergie from Rob LWL and we set up a late Thursday call in August.

Side note, check out his design work here – slappedtogether.com

Here’s what we talk about: