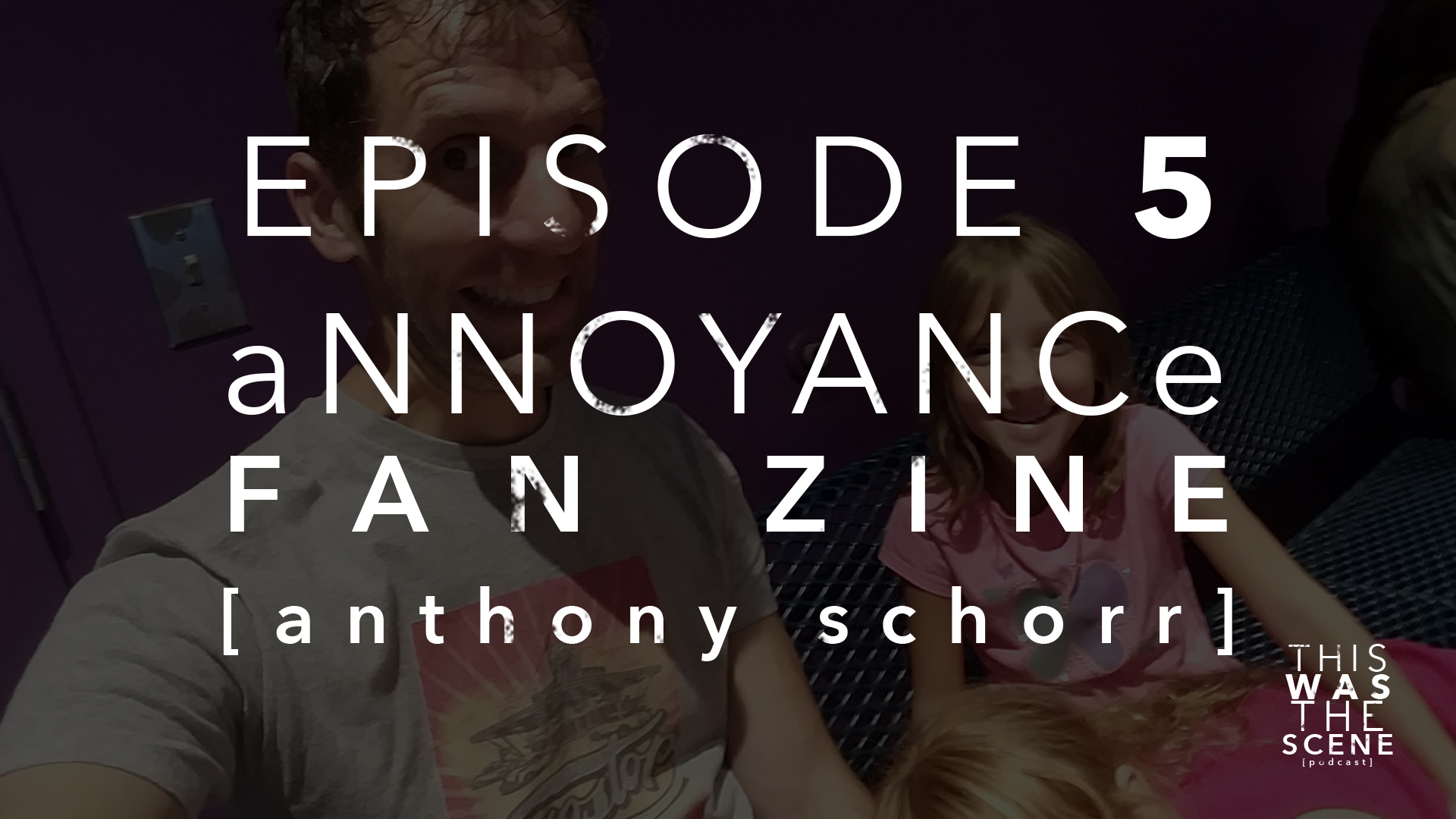 Other than thank you lists in CDS, Fan Zines were the gateway to finding out about new music. These were put together by kids in the scene who would interview bands, write reviews, and come up with total randomness. They would then spend their own money at Kinkos and print 100s or pages, staples them together and then hand them out for free at shows.

I loved these things. I would grab any zine I could find at a show and read it cover to cover to see who I should be paying attention to. These opened my eyes to bands like Piebald, Lifetime, Coalesce, the Get up kids, and shit ton of others.

Fan Zines I used to read back in the day were Annoying Girl, Brace Face, 4011, Just in time for nothing and one of my favorites, Annoyance by Anthony Schorr called Annoyance zine.

According to the google, aNNOYANCe zine was created in 1990 by two bored kids, Anthony and Erik. The initial issue had a print run of 25 and included info on Pez, yo-yo’s, records and annoying your older siblings. Anthony kept it going from there, adding in band interviews, root beer reviews, random commentary on nonsense, and perhaps most famously, wombat drawn by bands and zines. there were 24 issues in total over the next 12 years and a 25th issue which never was published as it was lost in a hard drive crash.